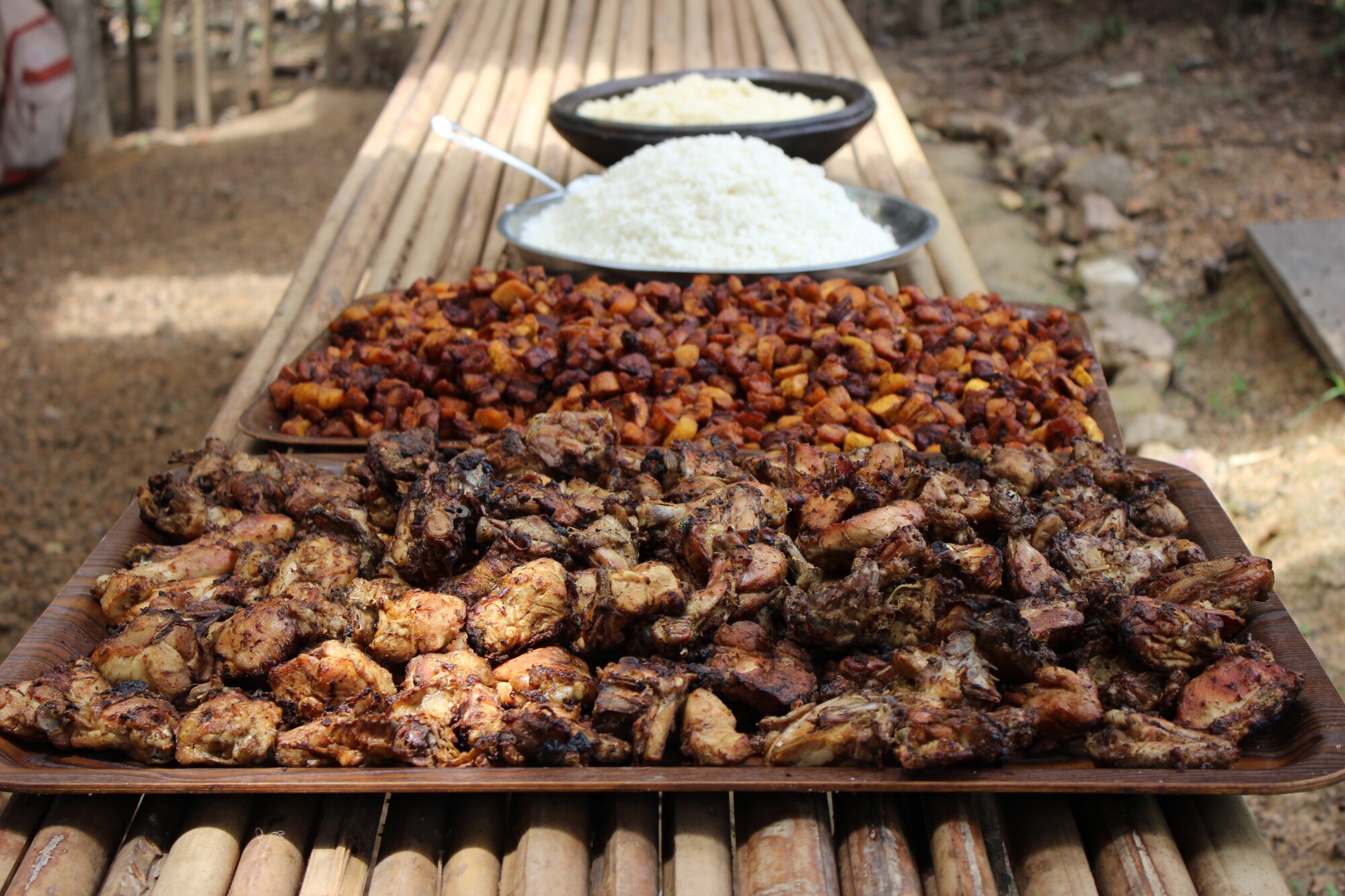 Africa is the second-largest continent in the world, both in terms of landmass and population. And as the point of origin for modern humans, it also has some of the oldest traditions to have survived down to the present day.

That long history has produced thousands of distinct cultures, each with its own traditions. And one of the ways that those ancient traditions live on is through African food.

Of course, there is no single African culinary tradition. Instead, it's home to a multitude of different cuisines as varied as its people. But as unique as these styles may be, they tend to share ingredients in common.

Here are a few African staple foods you should consider working into your meal plan.

One of the most important staple crops in Africa is the yam. Though they're often mistaken for sweet potatoes, you can yams apart due to their less-sweet flavour and starchier texture. When cooked, they take on an earthy flavour that's only somewhat sweet, which can make them more versatile than sweet potatoes.

Besides being versatile to cook with, they're also prized for their health benefits. Yams are highly nutritious, packed with fibre and crucial micronutrients like potassium and manganese.

They're also an excellent brain food thanks to the presence of a compound called diosgenin. This substance helps promote neuron growth and may enhance brain function.

As for serving them, your imagination is the limit. In West African food traditions, it's common to peel and boil this tuber, sprinkle it with palm oil and serve it with eggs.

But that's only one example. Yams may be fried, baked, or roasted along with meats and vegetables. It's also common to dry and grind them into flour. Thanks to its starchy nature, yam flour makes an admirable substitute for wheat.

But of course, the simplest way to use them is in place of potatoes. You prepare them almost any way you would cook a potato. Yam fritters are one of the most popular options for this route.

They also pair well with a wide variety of other foods. Caramelized onions, pine nuts, leeks, tomatoes, green beans, peanuts, poultry, beef, and lamb are only a few possibilities.

Plantains are a popular food throughout the tropics. Though the adaptable fruit originated in Southeast Asia, it's found popularity in almost every corner of the globe.

Firm and starchy, they're often used to replace potatoes. Fried green plantains are one of the most popular examples. When sliced extra-thin, fried plantains also make a great substitute for potato crisps.

Their subdued taste can also be used to offset the strong flavours of meat and bean stews, or can themselves be simmered down in soups.

But for a traditional application look no further than Fufu, one of the most popular West African food recipes. For this dish, plantains and cassava are pounded together and mixed with water. The resulting dough is rolled into small balls that make a great side for stews.

You may notice that one thing that most African cuisines have in common is a heavy reliance on starches. However, while that word may conjure images of corn and potatoes, not all starches are created equal.

If you're looking for an alternative that's low in fat and high in protein, look no further than cassava. You may know it best as the source of tapioca, so bubble tea fans owe a debt of thanks to this humble tuber. But its uses extend far beyond making boba balls.

We already mentioned its use in West African Fufu. But Cassava is a classic staple of Central African cooking, cassava can be boiled, fried and baked like you would a potato. You can even cook and eat the leaves to add a little extra colour to your dish.

Due to their hardiness and relative ease in raising them, goats are a popular protein source throughout Africa. In North African food styles, you find it prepared with a lot of Moroccan and Berber spices and Mediterranean styles like shwarma. Elsewhere, curried goat or various hearty stews are the preferred presentations.

If you've never tried it, you could imagine goat as a happy medium between beef and lamb. It's savoury, but in terms of sweetness, it splits the difference between the two.

Low in fat and high in nutrients like iron, calcium, zinc, and selenium, it makes for a healthy alternative to other red meats.

Tripe is the edible lining of a cow's stomach and is a staple ingredient throughout many regions of Africa. On its own, it has a mild flavour that plays well with onion, garlic, and herbs.

But its real potential lies in its ability to absorb the flavours of whatever it's cooked with, not dissimilar to tofu, mushrooms, or the like. This is why it's a very popular ingredient in soups throughout the world, ranging from Caribbean beef soup to Vietnamese pho and about everywhere in between.

In traditional South African food, tripe is a mainstay. Tripe served warm with pap is a simple yet satisfying dish that's found its way to dinner tables for generations.

For something a bit bolder, you could try mala le Mogodu. This hearty dish consists of chopped tripe and intestines served in a hot stew alongside pap or fresh dumplings.

For fish entreés, snapper is one of the most popular choices throughout Africa. This white fish slightly sweet flavour with a subtle nuttiness that lends itself well to a variety of dishes.

Grilled and fried snapper are two common applications. But for something more substantial, a West Africa fish stew is a hearty, easy-to-make one-pot dish. Served over rice, it's the perfect choice to warm you up on a cold day.

Exploring All That African Food Has to Offer

This list only scratched the surface when it comes to African food. Any single one of the cuisines we mentioned could fill multiple books. And that's to say nothing of African American food, and how traditional cooking styles make use of new world ingredients.

And as with any cuisine, the best way to learn about it is to try it for yourself. For ideas on where to start, check out our list of must-try African food recipes.