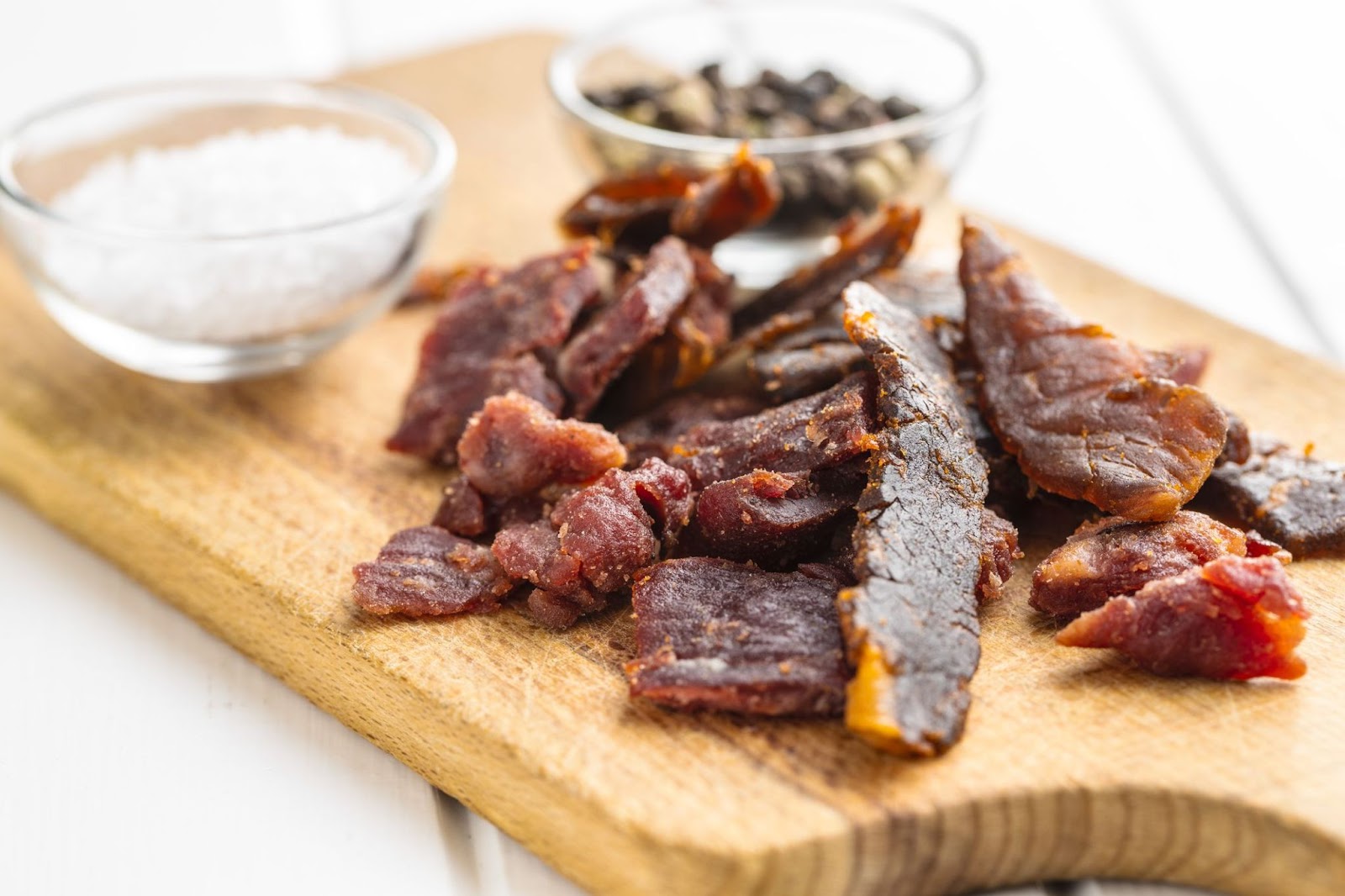 Beef jerky is a classic—not just because it tastes good. It's also super healthy when consumed in moderation. Beef jerky is low in calories but high in protein, vitamins, and minerals. It's a great snack to keep you satiated between meals or as a meal replacement when you're on the go.

What Is Beef Jerkey? 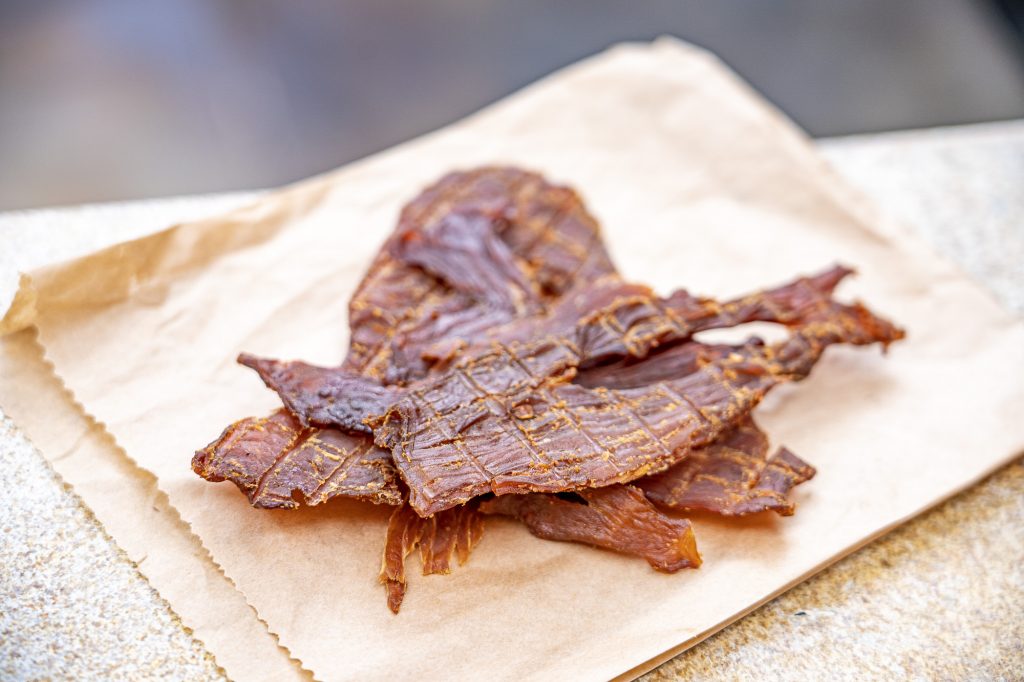 Beef jerky, also known as biltong or jerked meat, is a popular snack food made from dried, seasoned meat. It is seasoned and then preserved in a way that prevents it from spoiling.

Beef jerky has been around for a long time and has become a staple for many people. It's usually made from beef, but it can also be made from chicken or turkey, depending on the recipe.

The process of making beef jerky starts with choosing the right cut of meat. You want to find something that has a good amount of fat in it—this will help keep the meat moist while it's being dried out. Then you need to trim off any excess fat and remove any bones from your cut of meat.

Why Is Beef Jerky Good For You? 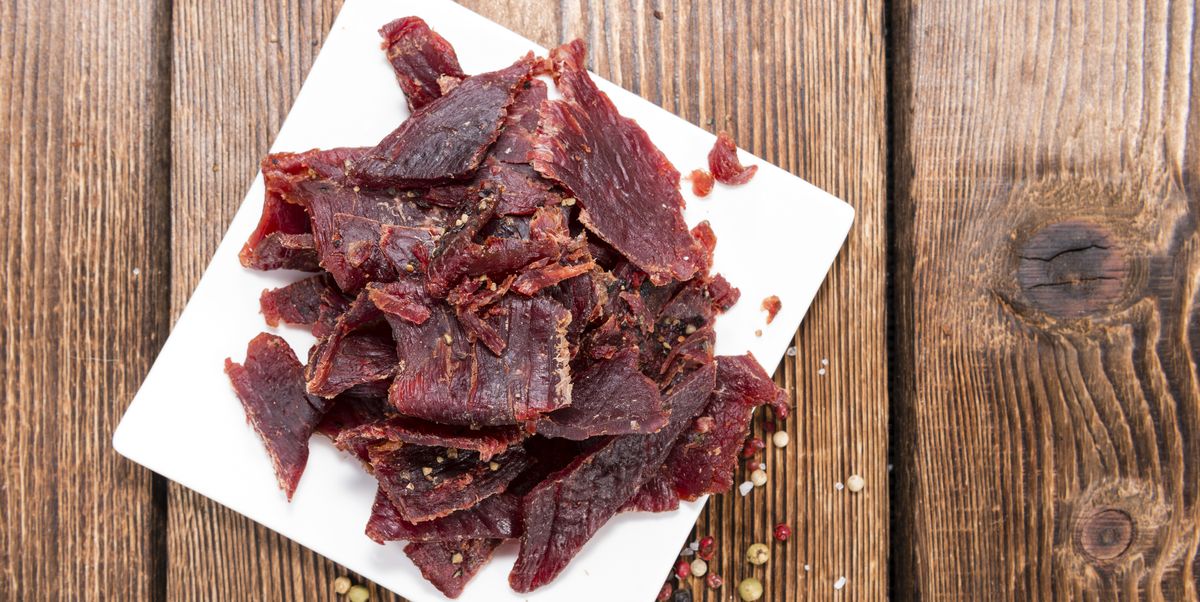 With its high protein content, beef jerky is great as a snack or small meal. It's a source of zinc, iron, and vitamin B12, which help produce red blood cells.

Beef jerky is also portable, making it a good food to eat on the go.

Portable food also gives you more choices in where and when to eat, which can be helpful for people who have specific eating habits.

Portable food is not just limited to snacks but also includes meals and drinks that can be eaten on the go.

Beef jerky has a very distinct taste—it's salty, savoury, and slightly sweet. You'll also notice that there are sometimes spices or other seasonings added to the meat before it's dried out (like garlic or onion powder).

These flavours will vary depending on which recipe you choose, but they'll all contribute to the overall taste of your snack.

If you love beef jerky but're tired of the same old flavours, this is the recipe for you. It's sweet, spicy and flavorful that it will make even the most discerning palate go wild.

The oven should be preheated to 175 degrees F (80 degrees C). Place a wire rack on a baking sheet lined with aluminum foil.

Transfer beef to paper towels to absorb excess moisture. Discard marinade and arrange beef slices in a single layer on the prepared wire rack on the baking sheet.

Bake in an oven preheated to 270 degrees until dry and leathery, 3 - 4 hours, then cut into bite-sized pieces with scissors.

Beef jerky is not just raw meat because it's a fully cooked product. The process of drying the meat is important, and it actually changes the way the meat tastes and feels in your mouth.

When you dry meat, you're removing the water from it. The process of removing water leaves fewer bacteria on the food, which means it will last longer.

Raw meat can be dangerous because it contains bacteria like E. coli and salmonella that can cause food poisoning or illness when consumed. 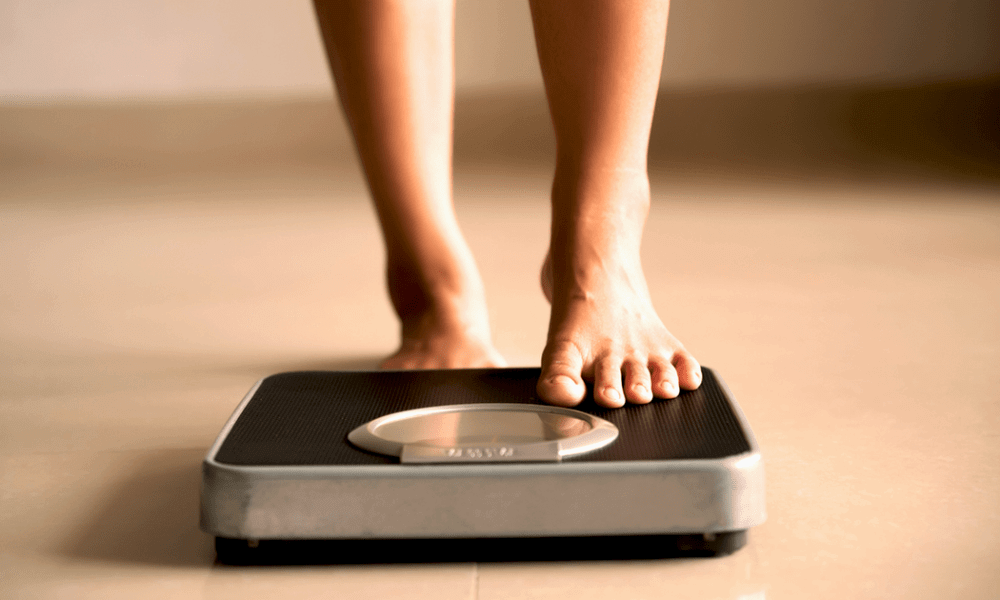 The answer is yes; you can lose weight eating beef jerky. Now, I'm not saying that it's going to be easy or even necessarily fun. But if you're looking for a diet that's quick, easy, and super tasty, then this is the one for you!

The secret to losing weight with beef jerky lies in its high protein content—and that means that it will help curb your appetite and keep you feeling full longer than most other foods out there.

It also helps that beef jerky is low in fat and carbs (which means extra room for dessert!).

Low fat and low carb foods are good for you because they can help you lose weight, which is important if you have a higher body mass index (BMI) than normal.

A high BMI means that your body is carrying too much extra weight. This can lead to many health problems, including heart disease and diabetes.

However, be careful with low fat and low carb diets because these diets can be hard on your body because they tend not to provide enough vitamins and minerals that help keep us healthy.

When we don't get enough of these nutrients from food sources (as opposed to supplements), our bodies can get depleted over time and lead to various illnesses or deficiencies.

Is Beef Jerky Hard To Digest?

If you're not used to eating meat, you may have trouble absorbing the nutrients in beef jerky. But if you're a meat-eater and have been eating beef jerky for years, there's no reason why it should give you any trouble.

However, the problem is that beef jerky is easy to over-consume. The salty flavour and chewy texture can make it hard to stop yourself from eating more than one serving. That's why I recommend that you don't eat beef jerky every day.

What Is The Hottest Beef Jerky?

Caroline Reaper beef jerky is one of the hottest around.

Caroline Reaper is a hybrid chilli pepper that was developed by Ed Currie, who is also the founder of PuckerButt Pepper Company. This pepper has a Scoville heat rating of over 2,000,000 units.

The main ingredient in this jerky is the Carolina Reaper pepper, which adds a nice smoky kick.

Also, pepper is an important ingredient in food, especially in Asian cuisine. Pepper has a variety of health benefits. It helps to prevent heart disease and cancer, as well as boost your immune system.

It's also been known for centuries for its ability to help with digestion and relieve indigestion and heartburn.

Is Beef Jerky Beef Or Pork?

The primary difference between beef jerky and pork jerky lies in the animal from which they are derived. Beef jerky is created from beef, while pork jerky is produced from pigs.

Flavour and texture differences are largely a matter of individual preference; however, most consumers find that beef jerky is softer and easier to chew than its pork counterpart, which can be somewhat tougher.

The reason beef jerky is good for bodybuilders is that it can help them meet their daily protein needs while keeping their calorie intake under control.

What Is The Best Meat For Beef Jerky? 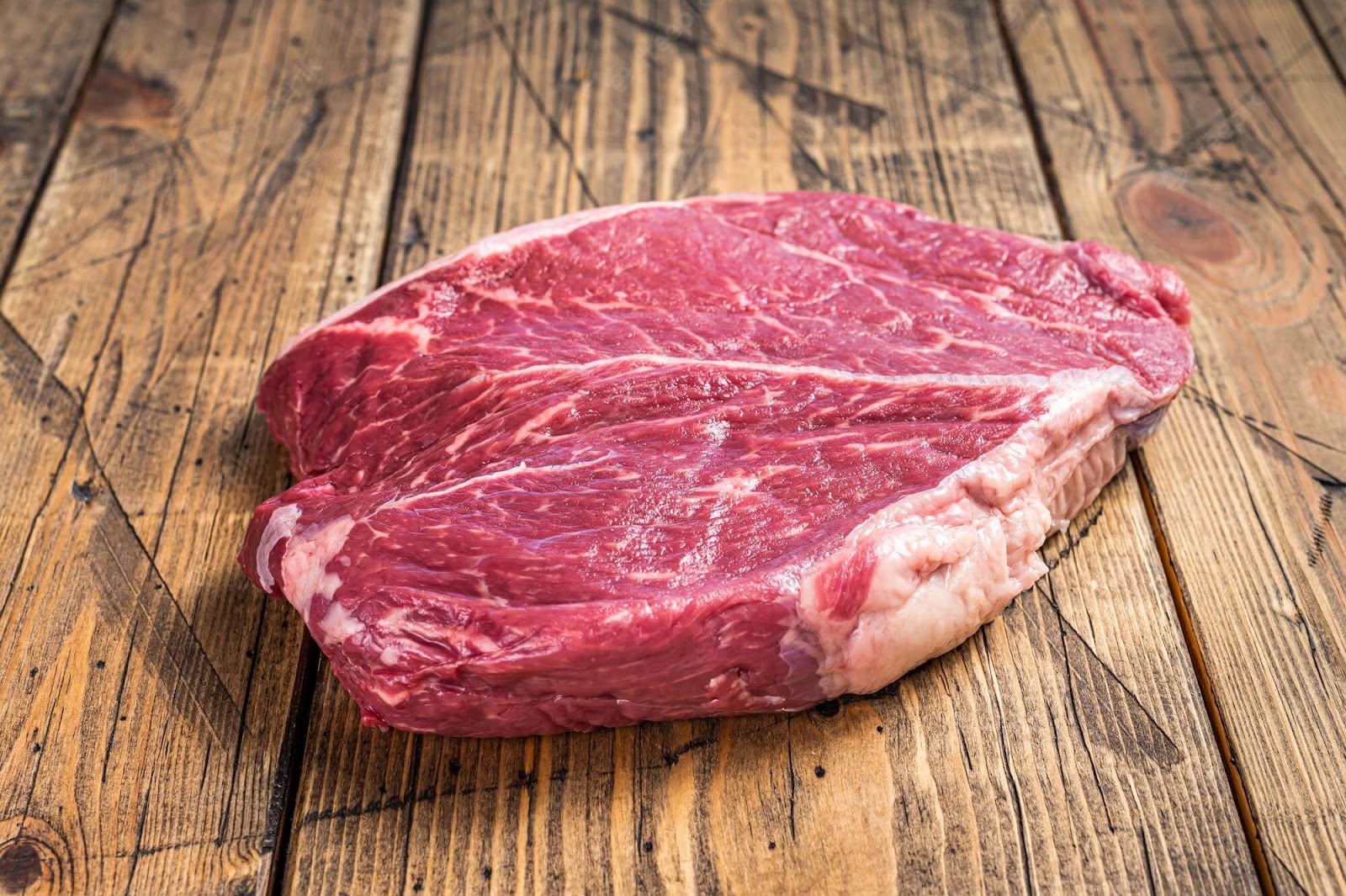 If you're looking for the most flavourful and tender jerky, the top round is the way to go.

This cut of meat comes from the rear leg of the cow, and it's well-marbled with fat, which gives it plenty of flavour. It's also relatively lean, so it won't be too tough when dried.

The bottom round is a lean cut of meat that's packed with flavour. It also has a good amount of fat, which helps to keep the jerky moist and flavorful. Plus, it's relatively inexpensive, so you can make a lot of beef jerky without breaking the bank.

This cut is also an excellent choice for making jerky because it has a mild flavor that pairs well with many different marinades.

Flank steak is a cut of meat from the underside of a cow's abdomen.

It's very lean and easy to chew because it's made up of long, thin muscle fibers. That means it cooks quickly and evenly, making it perfect for marinating with spices and other flavourings before being dried out in an oven or dehydrator.

It's also a great choice if you want to make jerky because of its nice texture.

Where To Buy Beef Jerky?

In the Uk, you can get beef jerky or kilishi (spicy beef jerky) from niyis.co.uk. We have a wide range of products and a great customer service team that will help you with any questions or concerns you have about our products.

Generally, beef jerky is a great snack for people on the go. It's portable, easy to store, and can be eaten almost anywhere. But it's also packed with nutrients that your body needs, like protein and iron.

So next time you require something savoury, that should be consumed moderately, grab some beef jerky. You won't regret it!

What Are The Different Beef Cuts?