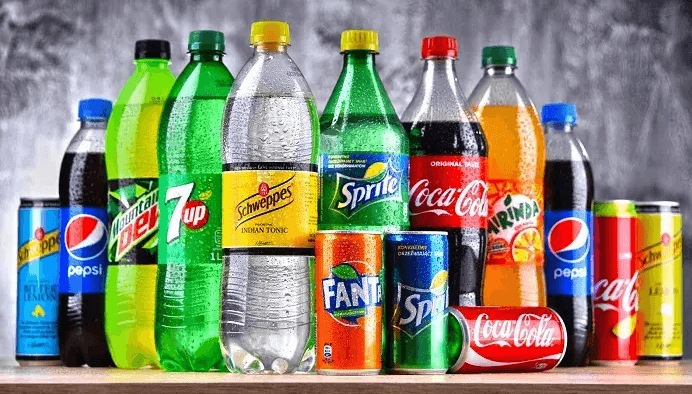 Not to be confused with its bottled water cousin, the soft drink is a unique beverage that comes in many shapes and sizes. 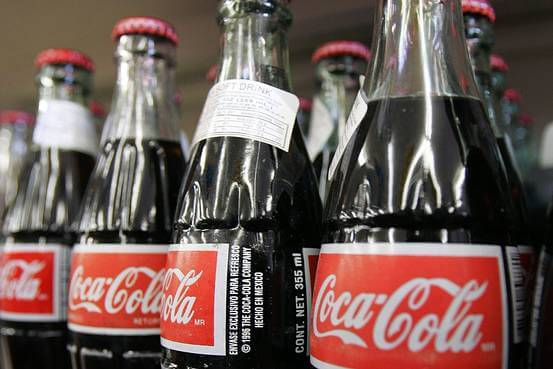 Coca-Cola is a carbonated soft drink sold in stores, restaurants, and vending machines in more than 200 countries.

In 1886, Atlanta pharmacist John S. Pemberton invented the drink Coca-Cola at his Pemberton Chemical Company. His bookkeeper, Frank Robinson, named it and wrote the name in the flowing script that became Coke's trademark. 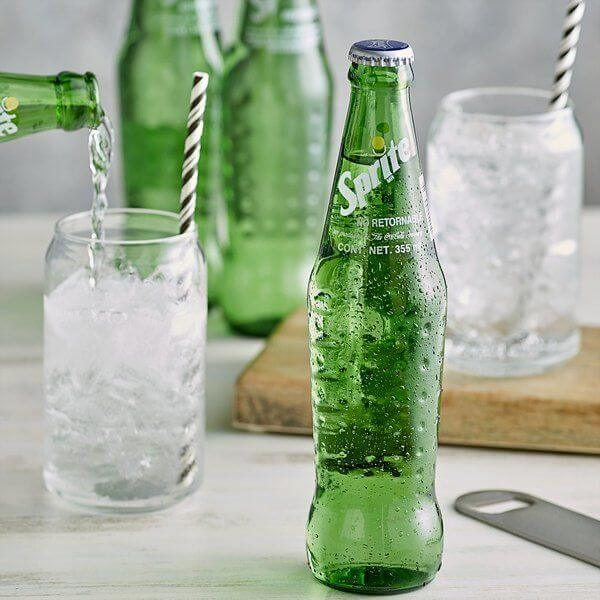 The lemon-lime soft drink Sprite was developed in West Germany in 1959 as Fanta Klare Zitrone ("Clear Lemon Fanta") and introduced in the United States under that name in 1961. The brand went through a number of name changes before becoming what it is today. Its flavours include cranberry, cherry, grape, orange, tropical, ginger, and vanilla. 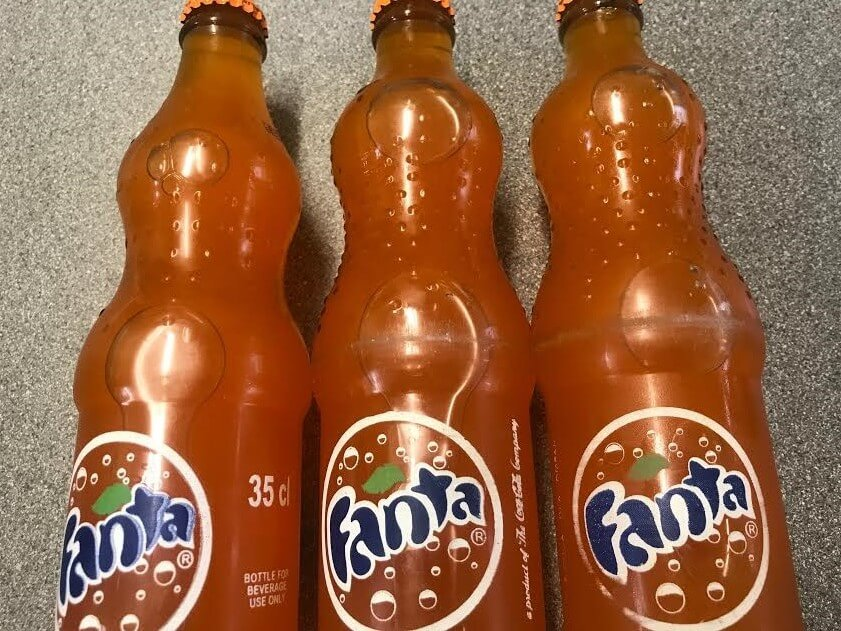 The first Fanta beverage was created in Germany in 1940 as a Coca-Cola substitute because of American trade sanctions against Nazi Germany, which made it hard to import Coca-Cola ingredients. It soon dominated the German market, with three million cans sold in 1943. The current Fanta formulation was developed in Italy in 1955. 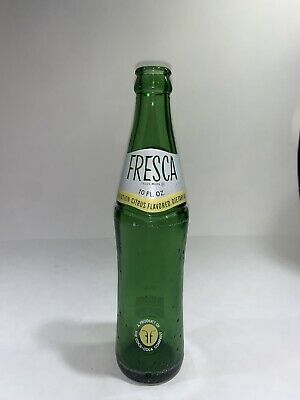 Fresca is a citrus-flavoured soft drink first introduced in the United States in 1966. Borrowing the word Fresca (meaning "fresh") from Spanish, Italian and Portuguese, it was originally a bottled sugar-free diet soda but later became available in both sugar-sweetened and sugar-free versions. 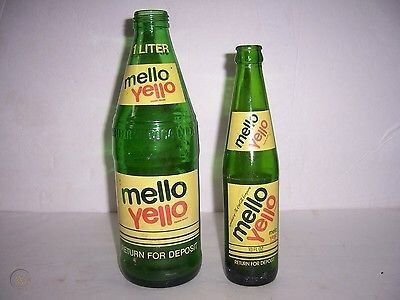 Mello Yello is a citrus-flavoured soft drink that was introduced by The Coca-Cola Company in 1979 to compete with PepsiCo's Mountain Dew. It was withdrawn from Australia in the early 1990s, replaced by Lift, which is also similar but does not contain caffeine. 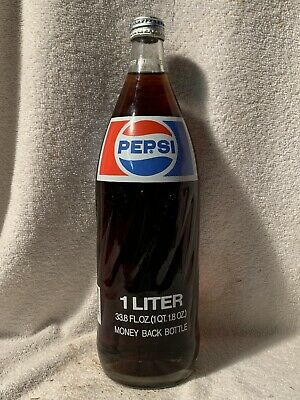 Caleb Bradham, who owned a drugstore in New Bern, NC, introduced Pepsi as "Brad's Drink" in 1893. It was renamed Pepsi-Cola in 1898 because people thought the drink would help relieve indigestion (dyspepsia), and "Cola" referred to the cola flavour.

What are carbonated soft drinks?

Carbonated soft drinks are popular non-alcoholic beverages. They are usually sweet and effervescent, with some of the most well-known examples being Coca-Cola, Mountain Dew, and Sprite.

These carbonated beverages are made by mixing water with natural or artificial flavourings and carbon dioxide gas under pressure in a sealed container. This process is known as carbonation. Carbonated drinks are often referred to as soda, pop, or soft drinks.

The ingredients used for carbonated drinks vary widely from one brand to another. Some common ingredients include sugar (sucrose), high fructose corn syrup, citric acid, and phosphoric acid.

The amount of each ingredient varies depending on the type of drink being produced.

To understand how a carbonated soft drink gets its bubbles, we need to start with Henry's Law, which states that the CO2 in the soda will naturally want to reach the same concentration in the fluid as in the air.

In other words, if you expose a liquid-like soda to air, it will naturally have enough CO2 in it so that it fizzes out of the liquid as tiny CO2 bubbles.

Since this happens naturally when you open a bottle of soda or pour some into a glass, we can conclude that most of the carbonation in soft drinks comes from this process.

Non-carbonated drinks don't have any carbon dioxide added to them, and they aren't fizzy.

These include juice, tea, coffee, and smoothies. These drinks may have flavourings added to them like sugar or honey (or artificial sweeteners), but they don't contain any bubbles of gas like carbonation does.

Energy drinks are a little bit different from these other types of non-carbonated beverages because they contain caffeine as well as other ingredients such as vitamins or herbs that give them health benefits.

These can be considered non-carbonated because they don't contain carbonation, but they do contain caffeine which gives them some properties similar to those found in other caffeinated beverages like coffee or tea.

Can you put fizzy drinks in glass bottles?

When you're looking for the best way to store your soda, glass bottles may be the answer.

Glass bottles are made with a special coating that keeps out harmful chemicals and odors. This means that your soda will stay fresh and taste delicious in a glass bottle. The one downside to using glass is that it's more expensive and you won't get as much soda.

When you think about the taste of Coca‑Cola, what's the first thing that comes to mind? If you said "glass bottles," then you're not alone. Many people believe that drinking Coca‑Cola from a glass bottle is better than drinking it from a plastic bottle or can. But is this true?

The truth is: Coca‑Cola always tastes the same no matter where or how you drink it. That's because it's made from the same secret recipe, with the same ingredients, and by the same process every time.

So when it comes down to choosing between glass bottles, plastic bottles, or cans—it really doesn't matter!

Can you get soda in glass bottles?

The answer is yes, but it depends on where you're shopping. Glass soda bottles are used for the drinks sold on the street. Bottles like these keep the flavours fresh and you can see them being opened at the stand. The same rule applies to other soda-based drinks you'll find in stores.

If you're looking for a glass bottle of soda at your local grocery store or convenience store, chances are they'll have cans instead.

Cans are more convenient and recyclable than bottles, but they won't last as long once opened because they don't protect from light or oxygen exposure (which can cause flavour loss). If you want to make sure your soda stays fresh, opt for something in a glass bottle.

Can you drink 5 year old soda?

It seems safe to drink 5-year-old soda. A carbonated soft drink, or soda, will not spoil and is safe past the expiration date stamped on the can or bottle. Eventually, flavour and carbonation may decrease, but they will remain wholesome to drink.

Soda is made with water and sugar, so it's not surprising that these ingredients don't spoil easily—although sugar can attract ants if left in an open container for too long. Carbonation might decrease over time, but this doesn't affect the safety of your soda one bit.

It's also important to note that many soft drinks contain preservatives like sodium benzoate and potassium sorbate that help prevent mold growths from forming inside your pop container if left unopened for too long.

Can carbonation break a glass bottle?

The short answer is yes, carbonated bottled drinks can break glass bottles. However, it's important to keep in mind that not all bottles are created equal.

A lot of factors go into determining whether or not a bottle will crack under pressure, including the type of glass used, the temperature at which the liquid inside is stored, and how long it's been since the beverage was originally bottled.

While some bottles are designed to withstand high levels of pressure and high temperatures (such as those used for wine), others are not.

What do you call a drinking glass?

Drinking glass is a general term for a vessel intended to contain beverages or liquid foods for drinking or consumption.

Glass is an amorphous solid, in which the atoms are not arranged in a regular crystal structure, but instead form a more or less random network.

Most glasses will exhibit a visible iridescence when viewed under a light of a longer wavelength than their absorption spectrum.

Learning how glasses are made is a fascinating process. Glass is made by heating it to a red-hot temperature and shaping it in a giant machine. It becomes malleable and can be stretched, pulled, and reheated. Then finally, it's formed into its final shape.

Why did they stop making soda in glass bottles?

Plastic bottles are lighter and less fragile than glass, which makes them easier to transport and less likely to break in transit. In addition, they're cheaper than glass bottles and can be made from recycled materials.

What is a soft drink company?

A soft drink company is a business that makes, markets, and distributes non-alcoholic beverages that are usually carbonated and flavoured. Soft drinks are often called sodas or pop.

In the world of soda, it's widely believed that Schweppes was the first to sell carbonated water. But several brands also claim that their soda is older.

All Cola Bottles: The Evolution