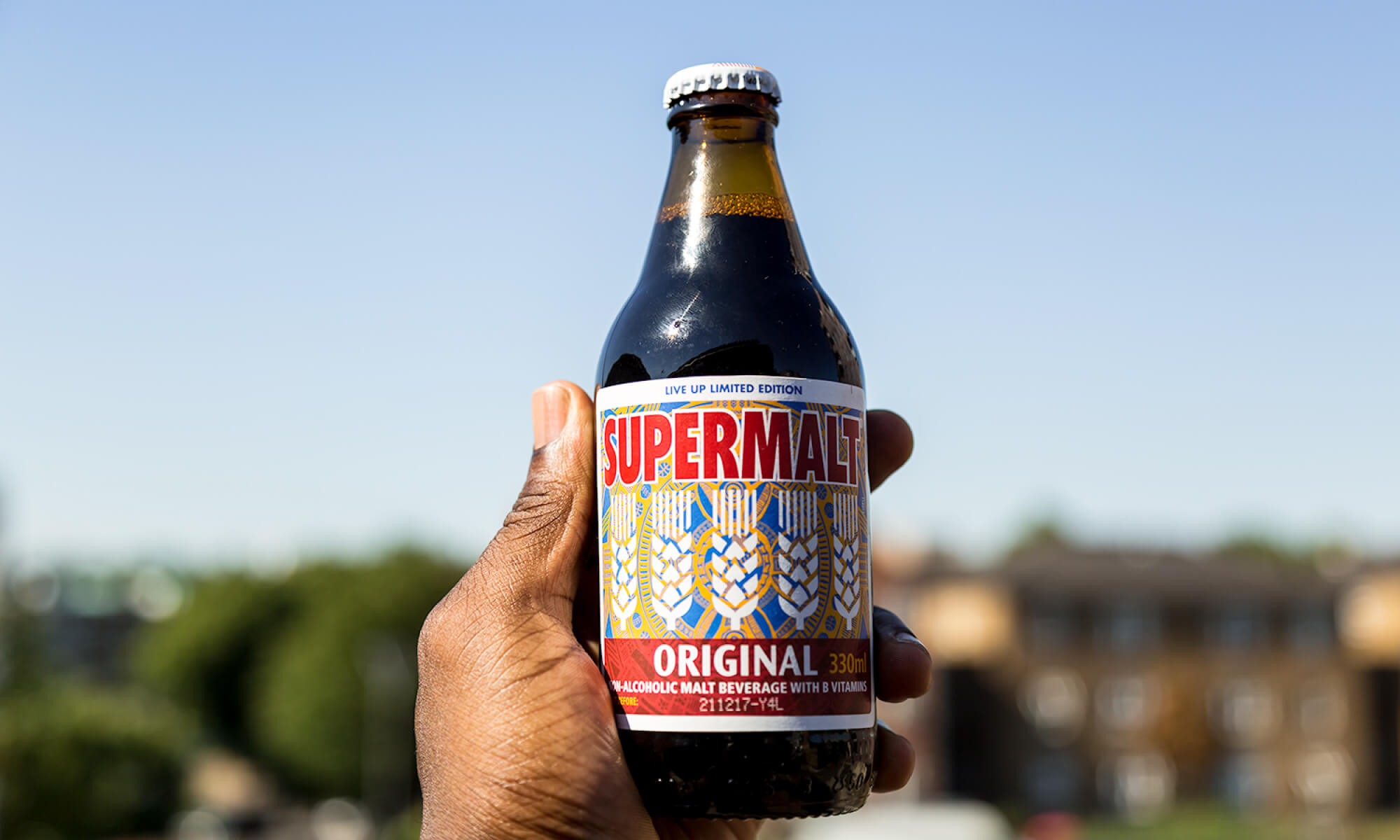 Here at niyis.co.uk, we like to provide you with the vibrant flavours of products sourced from Africa and the Caribbean, delivering them straight to your door. One of the most popular products on our site is Supermalt, but what is it, and is it similar to beer?

Supermalt is a drink that is formulated from malt. The product was originally brewed in the 1970s and used to invigorate Nigerian soldiers. Its popularity spread far and wide, however, with sales spreading throughout Africa, the Caribbean and Europe.

The drink itself is both caffeine free and non-alcoholic, with the flavour coming from malted grain. Due to its ingredients, it contains a high level of many vitamins and minerals, including Vitamin B, which is essential for energy production. The ingredients of Supermalt are suitable for both vegans and vegetarians as it is made entirely from raw materials that are crops or vegetables.

It is generally purchased in glass bottles or cans. Its growing popularity has made it the number one non-alcoholic drink in a number of countries across the globe. Often, the beverage is compared to a refreshing pint of beer, and indeed it does share many similarities. Supermalt has a cushioning taste that is very similar to beer, but it does taste sweeter. Let’s take a closer look.

When you first open a can of Supermalt, the first thing that you will notice is the whizzing fizz sound when you break through the metal layer. Much like you would get in standard beer, this sound is simply some gas escaping from the can due to Supermalt’s fizzy consistency.

When you take your first sip of the non-alcoholic drink, your taste buds will immediately be invigorated by the naturally sweet but nutty taste of the main ingredient – malt. This is paired with a buttery and creamy taste that is comparable to some alcoholic beers. Additionally, the small but light gas bubbles in Supermalt are also similar to standard beer varieties. However, one main difference between the taste of Supermalt and beer is the levels of bitterness. Some beers may have a bitter aftertaste, whereas Supermalt is much smoother and therefore easier to drink.

Some may find the taste of Supermalt to be too sweet as it does have high levels of natural sugars. To combat this, Supermalt produced a less sugar option which offers the same malty taste but reduced sweetness levels. Additionally, there is also a Ginger beer variety of Supermalt, which combines the nuttiness of malt with natural fiery ginger and a hint of lemongrass. This is comparable to alcoholic ginger beers on the market, but again, with less bitterness. If you are not a fan of high levels of sweetness, there is a low sugar alternative. This gives those who do not drink a number of different flavour options. But it is popular with those who do drink as well.

What Are The Similarities Between Supermalt and Beer?

Both traditional beers and Supermalt both contain malt. Malt is a cereal grain, traditionally coming from barley. It is sprouted and dried, becoming malt and then can be ground down and added to drinks or food.

Finally, and perhaps most importantly, both Supermalt and beer are both served best cold and fresh out of the fridge. There is nothing better than that feeling of sitting down after a long day and cracking open that cold beverage and both beer and Supermalt will give that to you.

What Are The Differences Between Supermalt and Beer?

Despite their similarities, there are some differences between Supermalt and standard alcoholic beer. The consistency of Supermalt is slightly thicker than a traditional lager. Appearance wise, it is darker in colour than most beers. But that is not where the differences stop.

Additionally, beer often leaves a bitter taste in the mouth, which malt does not. Instead, malt is naturally sweeter due to the combination of glucose, fructose, saccharose, maltose and maltotriose. This leads to many preferring it to beer, and those who do not drink often coin it as their favourite drink.

Supermalt also gives its drinkers more of an energy boost without caffeine. This is due to the high levels of malt, which contains Vitamin B. Vitamin B is essential in helping the body convert protein, fat and carbs into energy can help counteract tiredness. Although beer does contain malt, Supermalt tends to have higher levels meaning that it can give you more energy. Supermalt, however, does not contain hops, which gives the beer a slightly different flavour. Overall, this means that Supermalt is healthier than any beer on the market.

In short, there are many similarities between the taste of Supermalt and traditional beers. Firstly, both beverages use malt as one of their key ingredients, which gives both products an earthy, natural and nutty taste. It does, however, lack the flavour of hops that is prevalent in beer, giving it its unique taste. Both drinks are refreshing and fizzy, served best at freezing cold temperatures. So why not try it today? Try it here, you won’t regret it.

What are malt beverages good for? - Read more