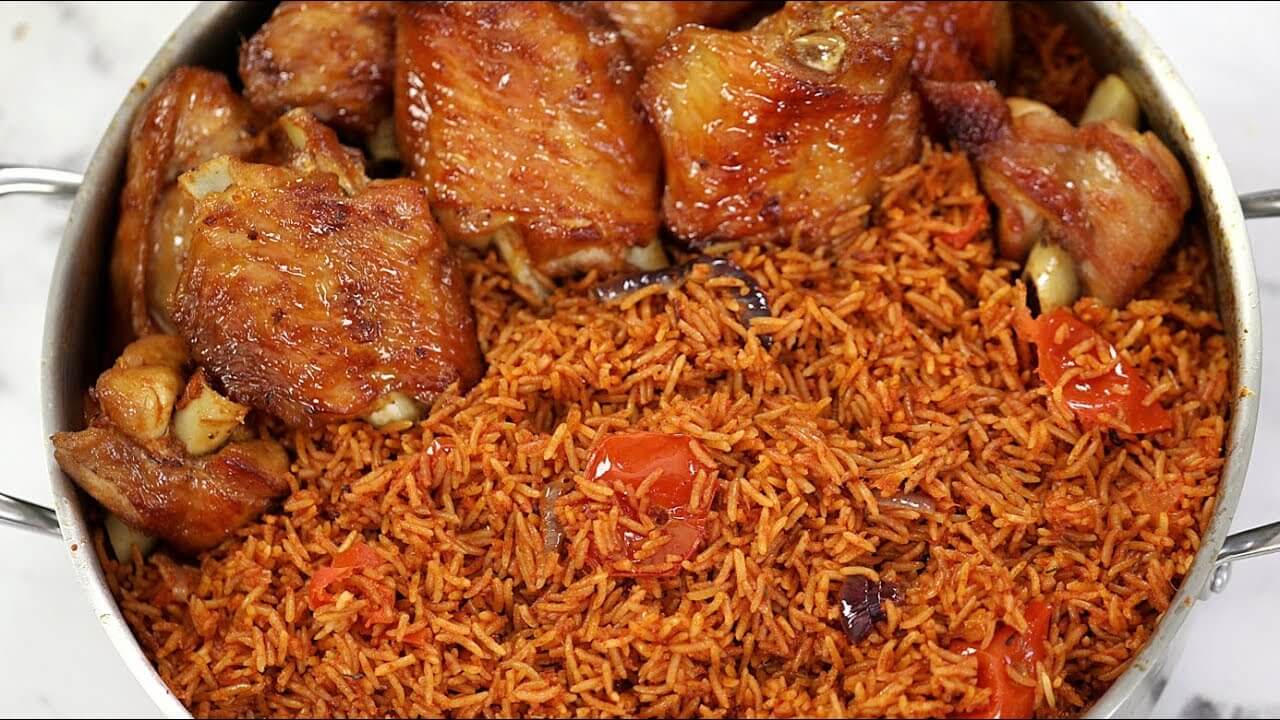 If you're new to the world of African cooking, you may have heard about Jollof Rice.

It's a type of rice dish that comes from West Africa, and it's considered one of the most popular dishes in Nigeria.

There are many variations of Jollof Rice, but the most common ones include tomatoes, onions, peppers, spices, and meat (usually chicken).

There are many different ways to make Jollof Rice, but I'm going to show you how to make it using a terrific recipe.

What Is Jollof Rice?

Jollof rice is a delicious dish that originated in West Africa. It is made with a variety of vegetables and spices, and it is often served with fish or meat.

It's been popularized in the United States and Europe by Nigerian immigrants who have brought their love of Jollof to the west.

The name Jollof comes from the Wolof people, who are one of the many ethnic groups in West Africa. They live in Senegal and Gambia, where they first introduced jollof rice to the world. Jollof rice is also known for its red colour when cooked.

In West Africa, jollof rice is traditionally prepared as an all-in-one meal that includes meat or fish, vegetables, and spices. The dish is cooked in a large pot over an open flame until all of the ingredients are well-combined and cooked through—usually about 40 to 60 minutes.

The cooking process may vary slightly depending on which ingredients are used but generally speaking; it involves boiling water or broth before adding any other ingredients (such as onions), followed by adding each ingredient individually until everything has been added together into one big pot.

What Is The Secret Of Jollof Rice? 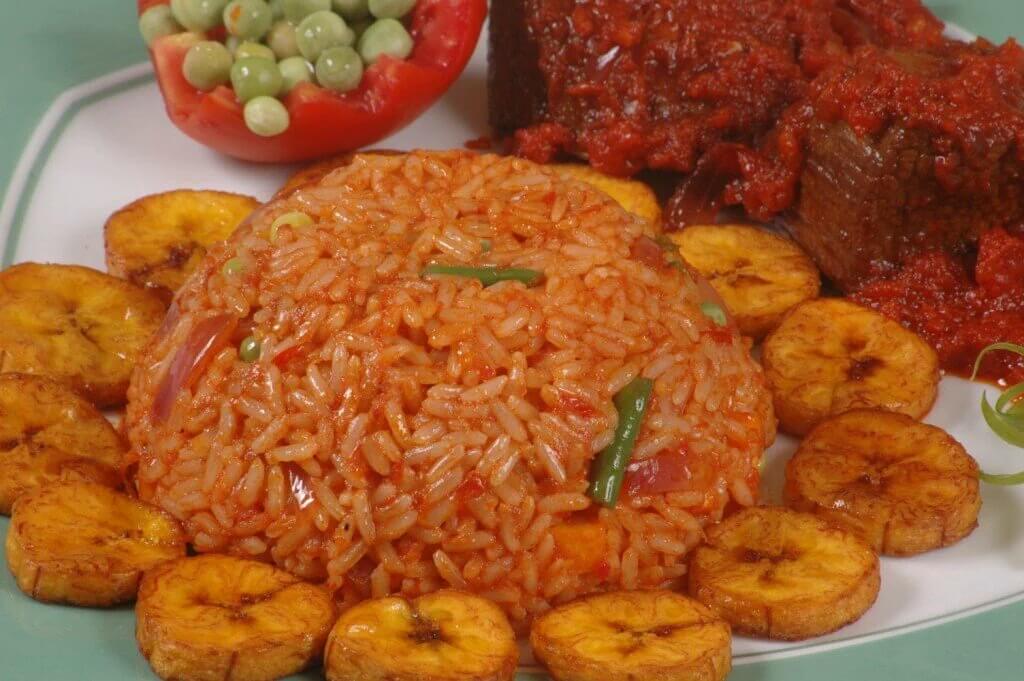 There are many different versions of Jollof Rice throughout Africa, but they all have one thing in common: they're prepared with tomatoes.

The secret to the reddish colour of Jollof Rice is tomato paste. This is why it's important to use high-quality tomato paste, as well as spices.

In fact, some say that the best way to make jollof rice is to use a homemade tomato paste.

The type of tomato you use will also affect the colour, so make sure you use a tomato paste that has a deep red hue.

Is Jollof Rice Nigerian or Jamaican?

Jollof rice is a beloved dish that is native to many West African countries. It is known for being an excellent staple food and recipe among Africans in the region.

It is most commonly associated with Nigerian and Ghanaian cuisine, though it's eaten in many other nations as well.

It depends! Each cook will have their own style, but generally, Jollof rice should be smoky and spicy with a tinge of sweetness from the tomatoes.

Plus, there are so many herbs and spices in Jollof that it really has multiple layers of flavour.

But what makes Jollof rice so memorable is that these flavours come together in such an unexpected way.

It's not just a simple combination of ingredients; it's a complex dish with many different layers of flavour. And while it might seem like there is only one type of Jollof, there are actually more varieties depending on how they're prepared.

Why Is Butter Added To Jollof rice?

Buttered jollof rice makes a great alternative to plain Jollof. Simply use butter instead of cooking oil, or mix both together for an even better taste. The butter gives it additional flavour and a smooth, glossy texture that makes it ideal for parties.

Some people believe that butter also adds moisture to your rice, which can be helpful if you're using less tomato sauce than usual or if you prefer a saucier version of the dish.

What Are The Best Spices For Jollof Rice? 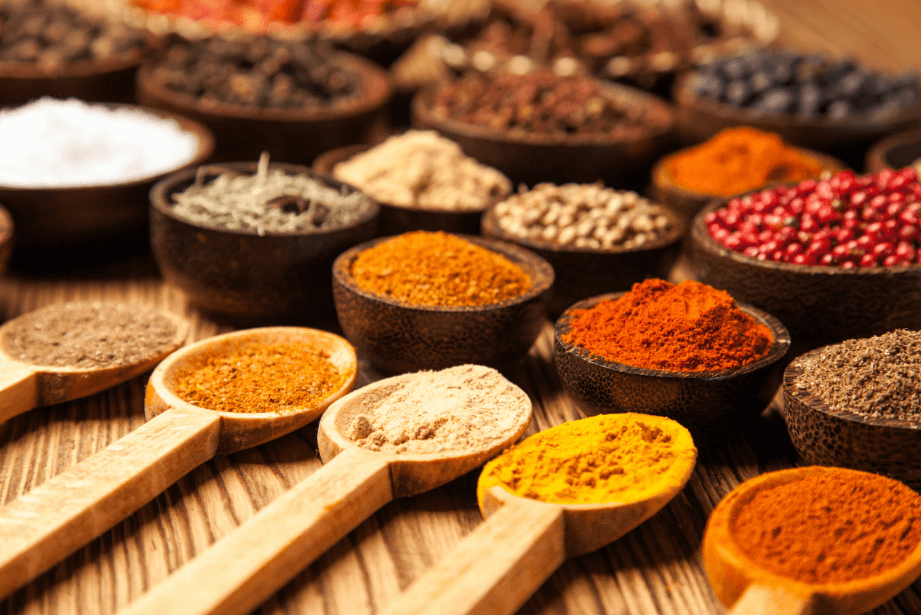 The spices used in jollof rice vary, but they all have one thing in common: they're meant to make the rice taste better. Some Jollof recipes call for as many as ten spices or more!

The most common jollof rice spices include:

Spices are the secret to making jollof rice better, and you can't go wrong with any of these. They'll take your jollof rice from good to great in no time.

Remember, these are just a few of the many spices that can make a difference to your jollof rice. There's no reason to stop experimenting with different combinations of these and other spices.

How to Make Jollof Rice

I'll show you how to make African Jollof Rice, a dish that's wonderfully flavourful and easy to make. This simple jollof rice recipe can be adapted to suit your taste.

To make the sauce, combine:

Heat a large pan with cooking oil, then add diced onions and cook for about 3 to 5 minutes or until the onions are soft.

Slowly add blended pepper, and allow it to cook until its water content evaporates and its oil content rises to the top—about 15 minutes.

Mix in some curry powder, thyme, salt to taste, white pepper, and seasoning cubes. Cook for another 2 minutes or until well done.

Toss the rice into the pan until it is well covered with sauce. Pour in the chicken stock and cover tightly, then bring to a boil over high heat.

After 3 to 5 minutes of boiling, reduce the heat to medium-low and let the rice simmer until it's done about 30 minutes.

Add the butter, tomatoes, and onions to the rice and stir. Turn off the heat and cover it immediately so that the vegetables can steam a bit.

Enjoy with a salad, roasted chicken, or your favourite dish. Serve alongside sweet fried plantains for extra flavour.

Biryani (jollof rice similar food) is a spicy Indian dish made with rice, chicken, mutton, or vegetables. It's similar to jollof rice in that its base ingredient is rice, and it's served with a spicy sauce. But biryani differs from Jollof in the ingredients used and the way it's prepared. Biryani contains a long list of spices, but it's worth every single one.

Why Rice Is So Important In Nigerian Cuisine? 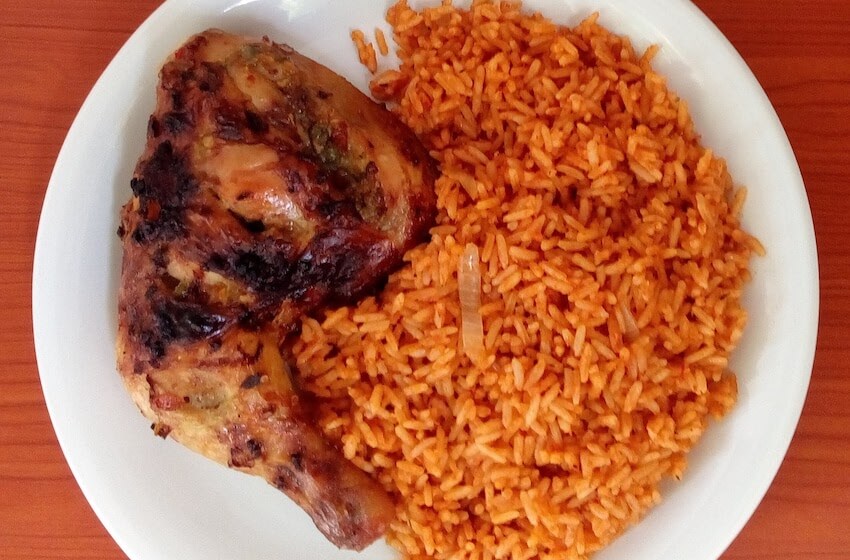 Rice is one of the most important staple foods in Nigeria. It provides a good source of energy, carbohydrates, and protein. It contains many B-vitamins such as thiamine, niacin, and riboflavin.

Rice is also rich in minerals like iron, zinc, magnesium, and potassium, which are essential for healthy growth and development, especially during pregnancy when the body needs more nutrients to support the growth of an unborn child.

Furthermore, rice has high fiber content that helps reduce cholesterol levels in the blood, which may cause heart disease or stroke when consumed regularly.

Rice is a complex carbohydrate, meaning it takes longer to digest. This keeps you fuller for longer and helps stabilize your blood sugar levels.

#3: Quick and easy to prepare

There are many different ways you can cook rice as well, from frying it to boiling it with no oil at all.

Rice offers a wide range of uses and applications. In Nigeria, rice is used in soups and stews as sides for meat dishes. Rice can be prepared in so many ways that it's hard to imagine life without it.

Not only is rice the main ingredient in many Nigerian dishes, but it is also used as a side dish. Rice is often served with stew, soup, and meat dishes. Rice is prepared using different methods; some people prefer white rice while others prefer brown rice.

Asians eat rice because it provides them with the energy and carbohydrates that they need every day to keep their bodies functioning well. It's also part of their culture.

As you know, rice is used to make things like jollof rice, a popular spicy dish made with tomatoes, onions, and peppers that people eat at parties and family gatherings.

Rice also plays an important role in many ceremonies in Nigeria, including weddings, funerals, and naming ceremonies.

One of the main reasons Nigerians eat rice so often is because it's cheap and filling. Rice is also very easy to grow, which gives it an advantage over other types of food in Nigeria, where there is limited space for farming. 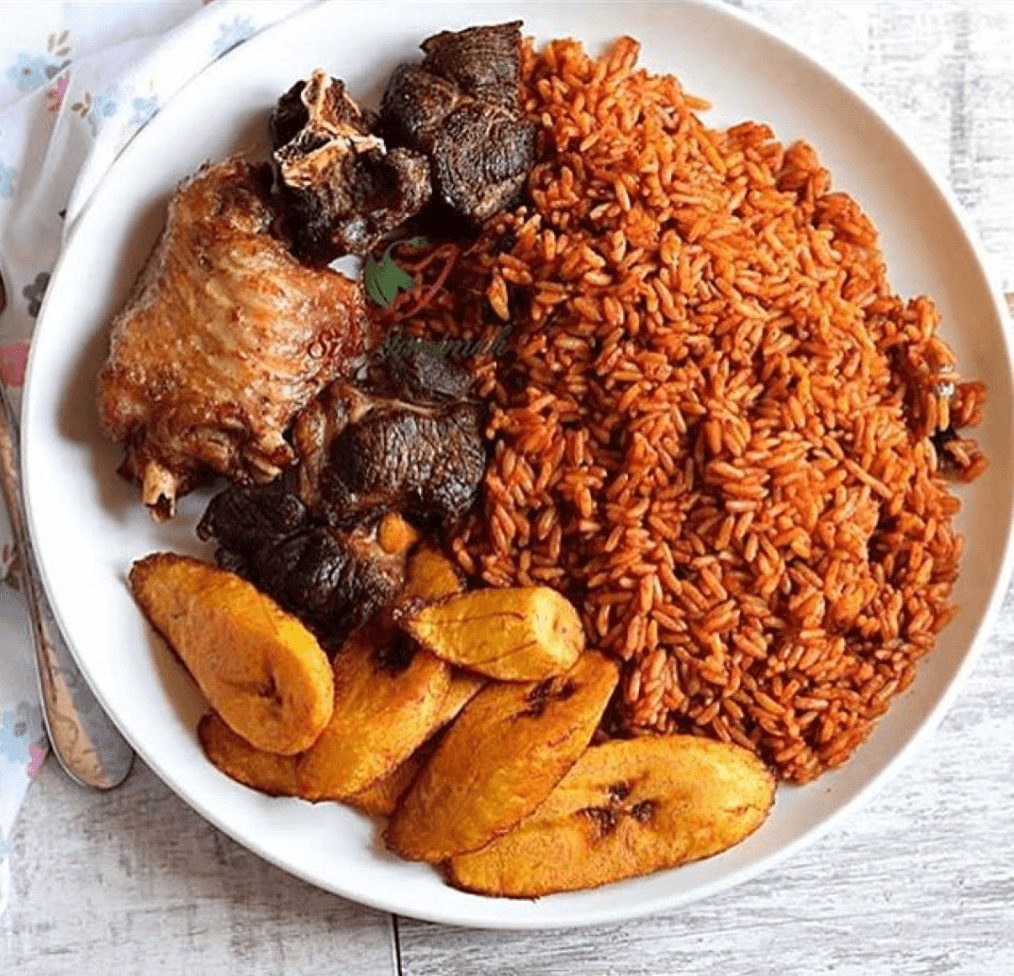 Jollof Rice is a staple in many African countries, including Nigeria. The recipe is simple and delicious, and it's not hard to make at all! You'll want to make sure you have good-quality ingredients and a lot of love for your friends and family.

How To Make Chicken Stock With Cubes