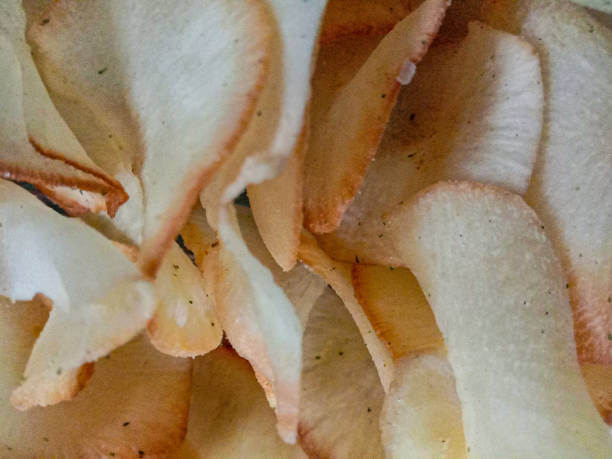 With a wide variety of uses and countries of origin, cassava chips have expanded their global presence from the traditional African destinations of Ghana and Nigeria to new regions such as Russia, China, and India. In addition to being a headline-generating food trend, cassava chips are becoming more popular for being a low-calorie, gluten-free, environmentally friendly, and natural and healthy snack. In this blog post, we will share with you, some things you should know about cassava chips. Get your cassava chipshere.

Before we venture straight into getting to know cassava chips, it will be great if you also know a little about what it is made of—cassava. 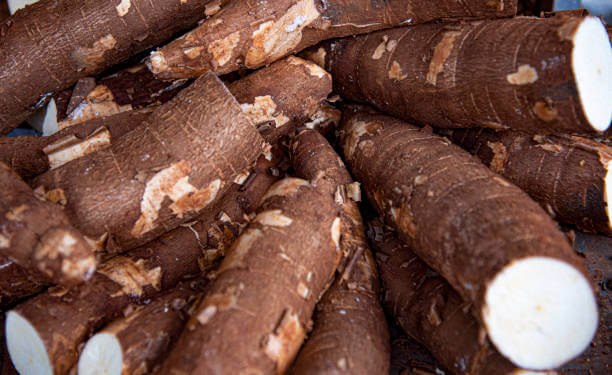 Cassava is a starchy root vegetable or tuber that tastes like nuts. Native to South America, it is an important source of calories and carbohydrates for people in many countries. Nigeria, Thailand and Indonesia are the world's largest producers of cassava. It is cultivated in tropical regions of the world because it can withstand harsh cultivation conditions. It is one of the most drought-tolerant plants.

The part of the cassava plant that is commonly consumed the most is the root, which is incredibly versatile. It can be eaten whole, grated, or ground into flour for use in bread and crackers. Cassava root is also used to make tapioca, a type of starch, and garri, a product like tapioca. Cassava can also be used to make chips—which is the centre of this blog. People with food allergies may benefit from using cassava roots, which are free of gluten, grains and nuts, for cooking and baking.

Get your cassava here. 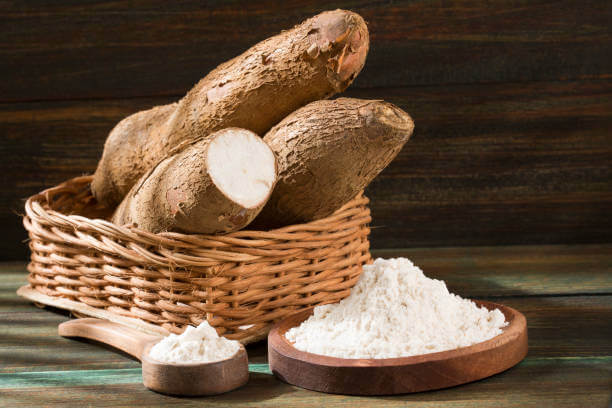 There are both sweet and bitter cassava varieties, but sweet cassava is more commonly found in the United States and is often referred to as Yuka, cassava, or Brazilian arrowroot.

It is essential to note that cassava roots need to be cooked before they are consumed, as eating raw can be toxic.

Cassava was introduced from Brazil to Africa by a Portuguese trader in the 16th century. At the same time, it was introduced to Asia through the Columbian Exchange by Portuguese and Spanish merchants planted, and grown in the colonies of Goa, Malacca, East Indonesia, Timor and the Philippines.

Cassava is now becoming important staple food, replacing crops native to Africa in places like Tanzania. Cassava is also an important crop in Asia. A valuable staple food in parts of eastern Indonesia, it is cultivated primarily for starch and biofuel production in Thailand, Cambodia and Vietnam.

What are other names for cassava?

What are the health benefits and nutritional value of cassava?

Cassava root is especially rich in Vitamin C, an important vitamin that acts as an antioxidant and supports collagen production and strengthens the immune system. It contains a large amount of copper, which is a mineral necessary for the synthesis of neurotransmitters, energy production, and iron metabolism.

A 100g serving of cooked cassava root contains 191 calories. About 84% of this comes from carbohydrates and the rest comes from proteins and fats. It also provides some fibre and vitamins and minerals.

The following nutrients are contained in 100g of cooked cassava:

What are Cassava Chips?

Cassava chips, made by frying thinly sliced tubers, are a popular snack in several Southeast Asian countries, South India and Sri Lanka, as well as in Indonesia, where it is known as kripik singkong. The snack is made from raw cassava roots, removing the inner and outer skins. It is then fried or deep-fried in oil, salted, and often seasoned with red chilli powder. Compared to raw cassava, cassava chips are also healthier because they contain less acrylamide (a suspected carcinogen).

Cassava chips are also a manufactured and traded bulk commodity, and in this form, it is used to make products such as alcohol, animal feed, biofuels, and starches. Some companies mass-produce and supply cassava chips packaged in bags.

Cassava chips have a longer shelf life than raw cassava roots. Snacks are sometimes provided and eaten as street food. 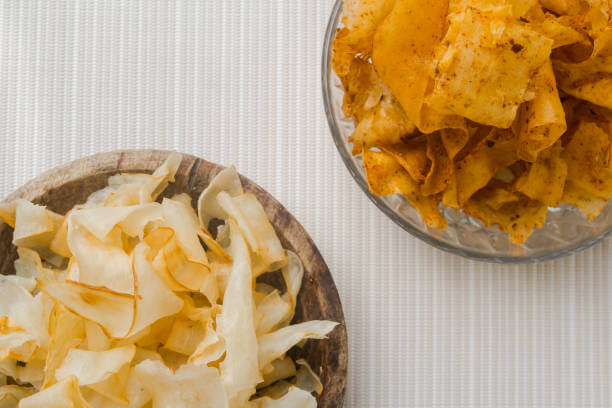 The health benefits and health risks of eating Cassava Chips

Cassava chips are rich in resistant starch—starch that bypasses digestion and has properties similar to water-soluble fibre. It helps reduce inflammation and promote gastrointestinal health. It also can improve metabolic health and reduce the risk of obesity and type 2 diabetes. These benefits may be associated with improved glycemic control, increased satiety, and loss of appetite.

Cassava chips also contain large amounts of vitamin C, which plays an important role in many aspects of health, including immunity. It protects against oxidative stress and helps support the function of immune cells in the body. It also protects against skin damage and stimulates the production of collagen—a type of protein found throughout the body of bones, skin, muscles and joints.

Cassava chips are higher in calories than other root vegetables. However, their high-calorie content makes them such an essential staple in many countries. Albeit, consuming more calories than you burn can lead to weight gain over time. For this reason, cassava is best taken in moderation as part of a balanced diet. In general, try to stick to about 73g-113g per serving.

Preparing cassava chips by peeling, chopping and frying significantly reduces levels of vitamins, minerals, fibre and resistant starch. Still, cassava should be cooked, in this case, fried, before consumption to avoid side effects.

How to make Cassava Chips

Vegetable or canola oil, for frying

Get your ingredients. Cut about half an inch from each end of the cassava tuber. Peel off the brown skin at the base. Using a vegetable slicer or mandoline cut the tubers into thin slices (about 1/8 inch or smaller). You can use a straight blade or a wavy blade. Immediately place the slices in ice water and soak for 45 minutes.

Remove the slices from the water. Drain and pat dry on absorbent paper—You don't want them to get wet when you put them in hot oil. Fry them in hot oil at 370 F until lightly golden and crispy—do not overload the fryer, instead, fry in batches if needed. Drain the fries on a paper towel and sprinkle with salt. Serve immediately or let cool and store tightly sealed in a plastic bag or airtight container. Serve with dipping sauce. 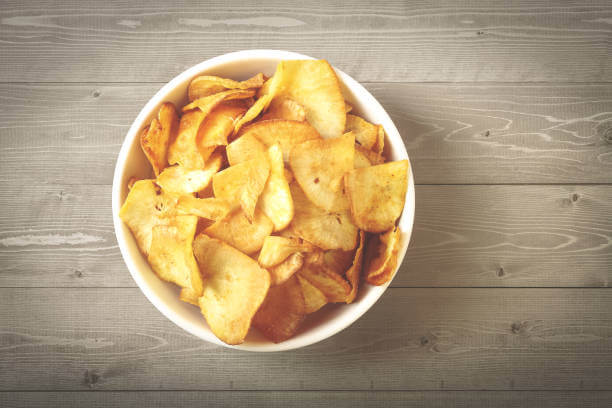 How to store Cassava Chips

Cassava chips that are made at home can be stored in an airtight container. This makes sure it retains its crispiness—will stay crisper than in a zippered plastic bag. They are best when made, but should keep for up to two weeks that way. They can also be stored in the refrigerator and reheated if you want. 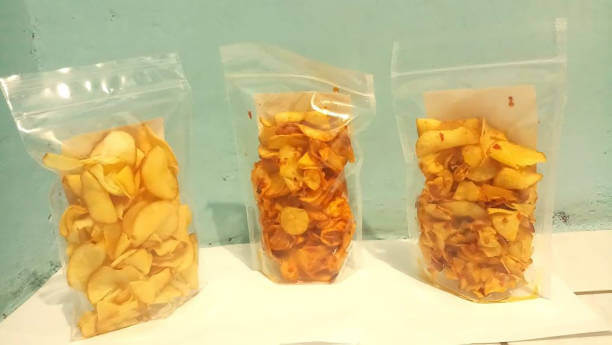 Other ways you can make Cassava Chips

Cassava chips can be made not just by deep-frying in hot oil, but can also be made by baking and air frying. This reduces the extra fat that the oil used in frying it the normal way would cause.

Another way is by making wet cassava chips. This is done by slicing the cassava tuber a little thinner than you would slice for frying, boiling it, drying it, and rinsing it to make it less slimy.

To get high-quality viable cassava chips, the slices of cassava (yuca) have to be paper skinny. Use a vegetable slicer if possible, to preserve the slices skinny and uniform for correct frying. Be sure that the slices are absolutely dry earlier than setting them into the new oil, otherwise, they'll become soggy whilst you attempt to fry them.

Where to buy Cassava Chips

Cassava chips can be bought at local stores, supermarkets, and online stores. If you’re looking for an online grocery store in the UK where you can get quality cassava chips, and other grocery items, check us out at niyis.co.uk—we sell a variety of quality grocery items of different ethnicities all over the world.

Gotten from cassava tubers, cassava chips have become a staple in most countries. It does not just have a lot of great benefits and different ways to modify it, but can be used for much bigger purposes like making alcohol and producing animal feed. Incredible right? I know! So, with this, I hope you are well informed, and this has made you open your mind to the loveliness of this healthy snack.

There you have it — everything you need to know about cassava chips! I hope you enjoyed learning about cassava chips and will enjoy making and eating them as much as different people—me inclusive— do. And if you're feeling adventurous, try out one of the recipe ideas above. If you have any questions, feel free to leave them in the comments below.

Do not forget to check us out for your grocery items. Thanks for reading. Till next time. Bon appetit!