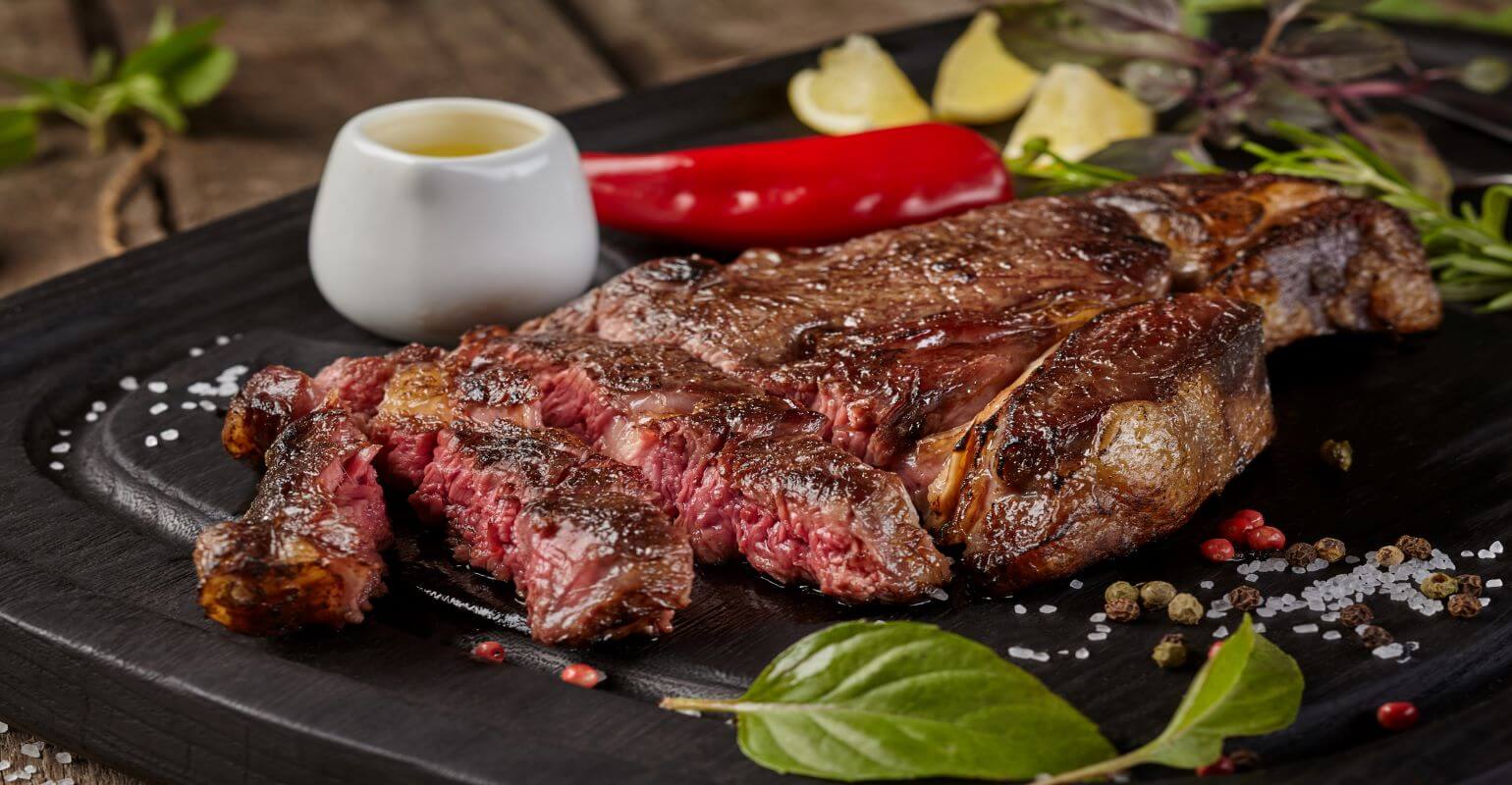 Beef has been famous worldwide for centuries, and the way it's cooked varies from cuisine to cuisine. However, beef can be divided into a few different categories: Depending on what part of the cow it comes from; beef can be tender and full of rich flavour, or tough but still flavourful.

The basic cuts of beef

Below is an overview of how these different cuts compare to each other in terms of texture, flavour, and overall quality.

The beef chuck cut comes from the upper shoulder and lower neck of the animal. This area contains a lot of connective tissue, so it's best to cook chuck slowly over low heat in moist heat rather than high-heat methods like grilling or broiling.

Chuck steaks are known as 7-bone steaks because their shape resembles that number, whereas other cuts are called "brisket," "tenderloin," and so on. Chuck roasts tend to be somewhat fattier than cuts from other parts of the body because they have more fat deposits near their bones.

The rib section of the beef carcass produces some of the most tender and flavourful cuts of meat. Rib cuts are notable for their fatty marbling, which lends a rich flavour to cooked dishes and their tenderness, this makes them ideal for slow-cooking methods like braising or stewing.

The portion cuts that come from this region are beef short ribs, ribeye steak, cowboy steak, ribeye roast, ribeye filet, and back ribs.

The round beef cut comes from the steer's hind legs, thigh, butt, and hams. These are the largest muscles in the body, making them very strong and providing a lot of protein, this can make round cuts more expensive than other cuts of meat.

However, compared to other cuts of meat such as sirloin or tenderloin (also found in this area), they tend to be much cheaper. Round cuts also provide some of the best value for family meals because they can be cooked quickly due to their high levels of marbling (fat).

Brisket is a cut of meat from the breast or lower chest of beef or veal. The beef brisket is one of the primal beef cuts, though the definition of the cut differs internationally. In general, the brisket muscles include the superficial and deep pectorals.

The brisket muscles are significant because they are used for slow-cooking techniques such as smoking or barbecuing, this makes them ideal for pulled meat dishes like Barbecue Beef Brisket and Texas Style BBQ Brisket.

The tenderloin is a beef cut from the short loin or psoas major of the beef carcass. The oblong shaped tenderloin sits at the top of the loin, just below its broadest part (the sirloin). This muscle does not get much exercise and therefore makes up for it by being lean, tender, and buttery in flavour.

Tenderloins are generally boneless cuts that come out as large steaks or smaller medallions, they're often sold with their fat cap still attached—and if you haven't seen one before, the fat cap may look like it could be separate meat altogether.

Flank steak comes from the belly muscles of a cow, so it's a very lean cut, this makes flank steak an excellent choice for those who want to eat healthily and avoid unnecessary fat. Despite its lack of fat, flank steak is still quite flavourful and can be prepared in various ways.

When cooked properly, this cut can be tender and juicy with just the right amount of chewiness. However, it's important not to overcook this cut, as doing so will cause it to become tough and dry out quickly.

The beef short plate is a forequarter cut from the belly below the rib cut and can technically be a part of the brisket. In general, it contains tough, fatty meat.

It's a cheaper beef cut compared with other parts of the cow, but it's still delicious in its own way.

Sirloin is a beef steak from the top of the cow's back. It has just the right balance of tenderness and flavour, so it's perfect for a family dinner or even a fancy meal with friends. Sirloin steaks are often large and don't have much fat, making them easy to cook and serve.

What cut of beef is most tender? 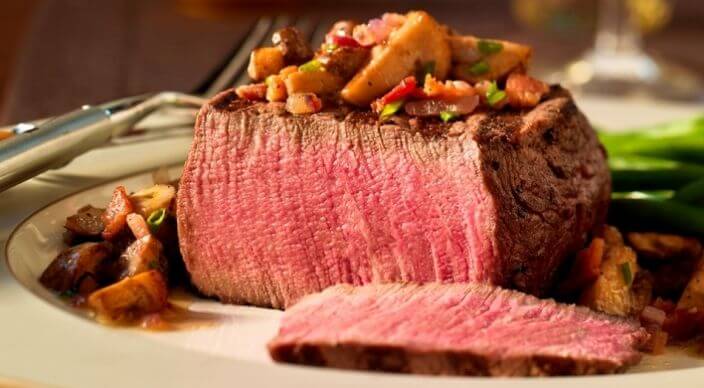 Tenderloin steaks are cut from the short loin, which is located on the underside of a cow and runs along the back. It's a lean cut known for its delicate, buttery texture and thick-cut tenderness.

Tenderloins are also known as filet mignon or Chateaubriand if they're sold in roast-sized chunks.

Tenderloin steaks tend to be expensive because they come from a small part of the cow (the centre). Still, they contain little connective tissue—meaning they're easy to chew and don't require long cooking times or marinating before cooking (though some people still choose to do so).

Not only does tenderloin have an exceptional taste and texture, but it can also be easily cooked to perfection. 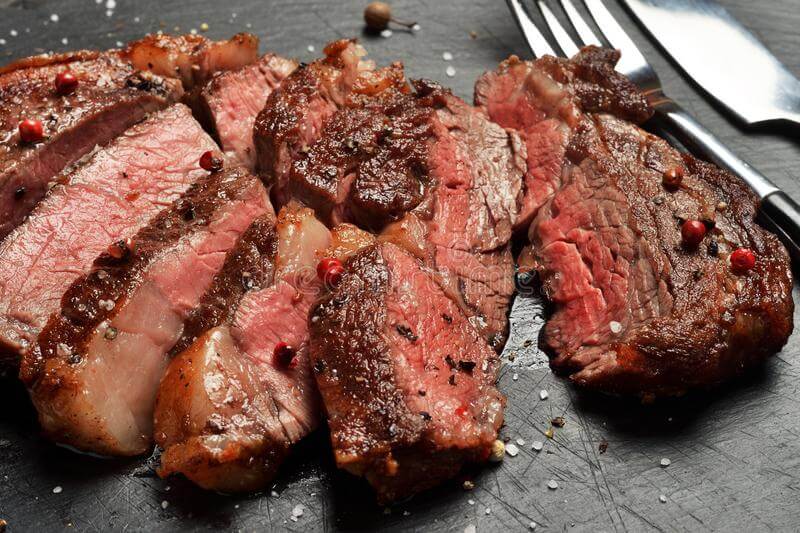 If you're looking for a steak that will provide a rich, buttery flavour and plenty of juiciness, then look no further than the rib eye. The most popular cut on the market today, it's known as one of the best-tasting steaks around.

The rib eye is prized for its size—it can weigh up to 9 oz to 12 oz, which provides both flavour and tenderness when cooked properly.

It comes from the rib section of an animal, so it's no surprise that there's some bone attached to one side (although sometimes restaurants remove this before selling).

Rib eyes are also relatively lean; since they come from an animal's midsection rather than its back or belly like other cuts. This makes it easier to cook without burning or drying them out completely. 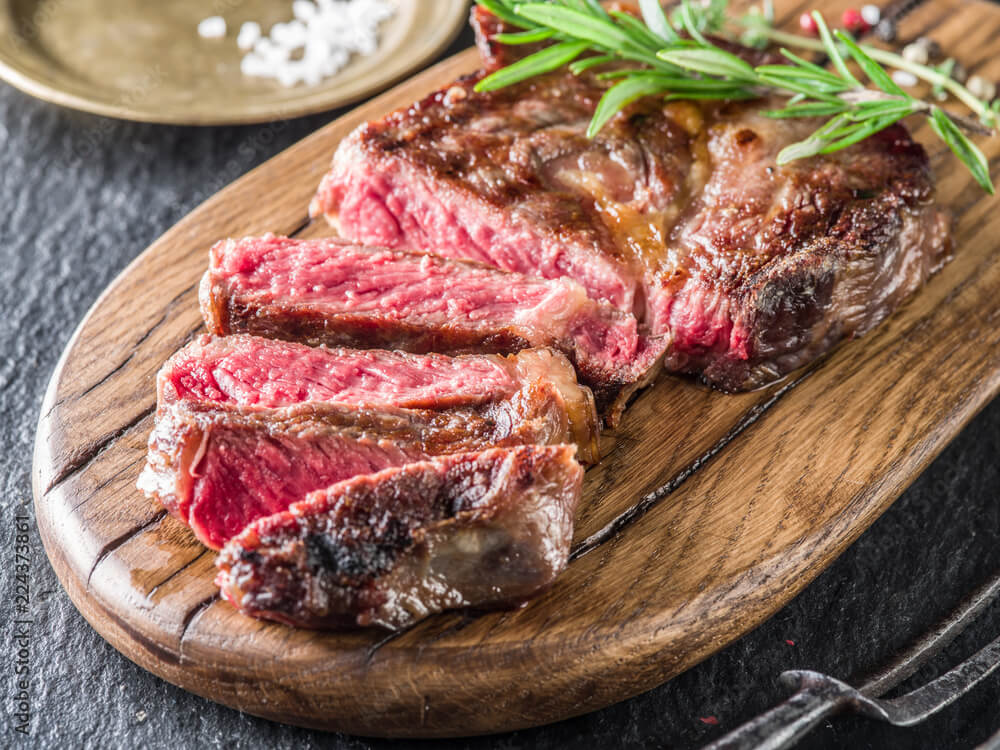 If you're looking for something easy-to-cook yet still delicious and flavourful enough for company dinners or holiday meals (or even just yourself), this might just be your new favourite meal.

Is sirloin or ribeye better?

Ribeye steaks and sirloin steaks are popular choices when it comes to the best cuts of steak. The fat content of ribeyes is higher than that of sirloin steaks, so they do not have as much fat and don't fare well on the grill.

Sirloin is your best choice for an excellent old smoky flavour or some barbecue grilling because it's usually a thinner cut that can cook faster without drying out. 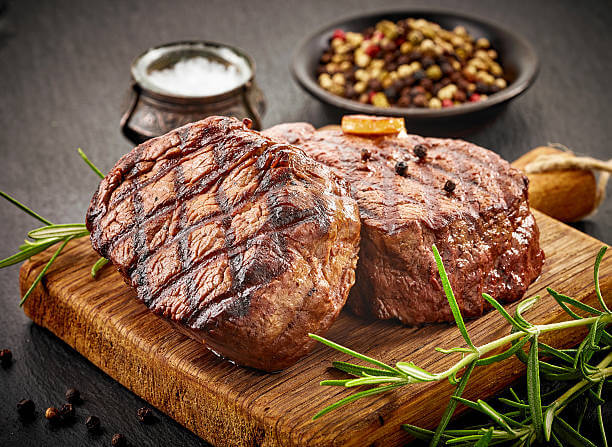 Which beef cut has most fat?

The ribeye cut, which has the most fat and marbling of all beef cuts, is also tender, juicy, and flavourful.

What is the best way to store meat?

You should also avoid storing meat near other foods that are high in moisture and heat, such as dairy products and fruit. 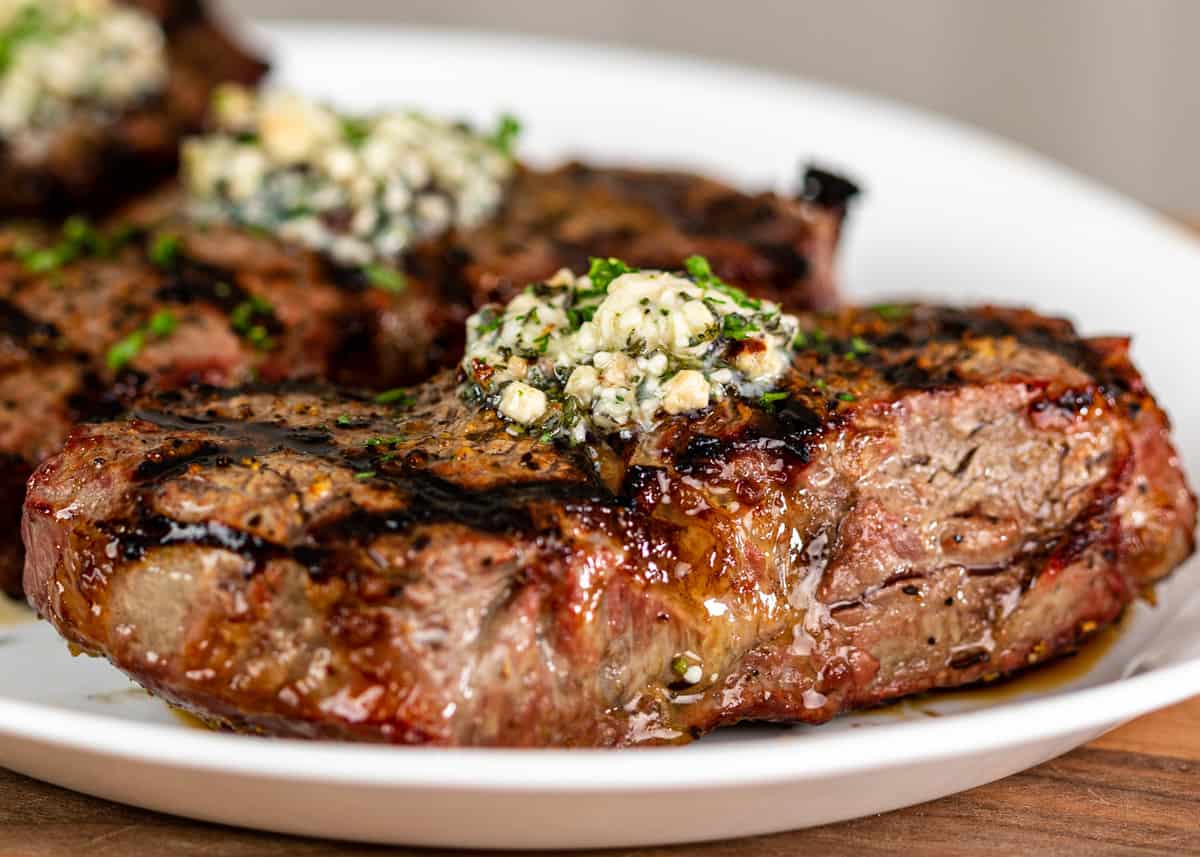 The beef flavour is one of the most important tastes on the planet. Think about it: The entire world economy might collapse if everyone suddenly stopped eating beef.

When you want to know what goes into making beef taste good, there's a lot to consider—most people don't realize just how many factors affect the way that beef tastes.

Cattle breeds constitute a significant influence on the flavour of beef. Because cattle are herded and raised in different regions, they will have different flavours based on their location of origin.

For example, Angus beef is known for its marbling and tenderness, while Wagyu has a more intense flavour because it's raised differently from other breeds.

While many people think that all cows taste the same, there are actually several thousand distinct breeds of cattle worldwide with varying characteristics like size or colouration. These differences can be traced back to genetics and environment—for instance, a cow born in Australia may have more "Australian" genes than one born in America, where the climate is quite different (and thus affects how much grass grows).

Because each breed has a unique set of physical traits that determine how it looks and behaves (e.g., what per cent fat content or muscle mass), there is variation even within one type despite having similar genetics as another type; this makes them easy to identify after slaughtering.

#2: How the cattle is raised

#3: How much marbling there is in the meat

Marbling is the flecks of fat within the meat. The more marbling there is, the juicier and more tender your steak will be. It also affects flavour, so if you want to add a little extra something to your steaks, adding marbling will give them an edge.

Marbling is most commonly found in higher-quality beef products like prime rib or filet mignon, but it can as well be present in some ground beef.

pH level is a measure of acidity or alkalinity. It's a way to describe the concentration of hydrogen ions (H+) in a liquid or solid, with 7 being neutral and lower numbers representing increasing acidity (e.g., one is highly acidic, while eight is very alkaline).

The cut of beef you choose to cook can have a huge impact on how it tastes. Although all beef is similar, there are some differences in flavour and texture depending on the particular part of the cow that each cut comes from.

#6: How the beef was processed

The way the beef was processed can have an effect on its flavour.

At the end of the day, it comes down to personal preference—but knowing about these factors can help you make an informed decision when buying or preparing your next steak dinner.

What is a beef rib called?