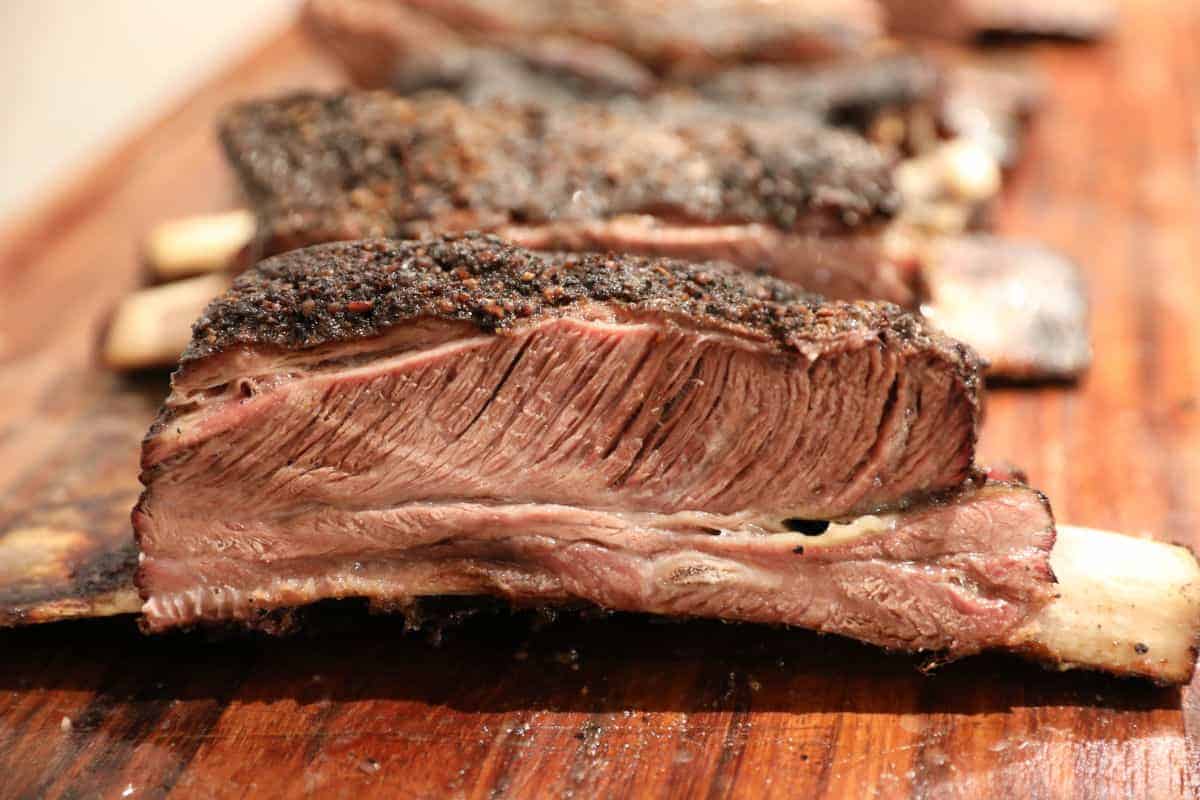 Beef ribs are a popular cut of meat, especially among barbecue enthusiasts and home cooks alike. The beef rib is an excellent choice for a family meal because it's large enough to feed several people without breaking the bank.

Short ribs are taken from the lower part of the cow's rib cage (the short plate) behind the brisket; this area is called "near-shank." Beef short ribs, also known as plate short ribs, are a cut of meat from this part of the animal. The meat in these bones can be very thick and tends to sit on top of them rather than being wrapped around them as other cuts have traditionally been prepared.

Are beef ribs and short ribs the same?

Beef ribs and short ribs are similar, but they aren't the same. Here's what you need to know:

Beef ribs are long, thin bones that are cut from the bottom of a cow's rib cage. They're usually sold as a single cut, but you can also find them as individual cuts of meat.

Short ribs are relatively small pieces of beef that come from the middle section of the rib cage and are generally sold as part of a package with other cuts of meat.

Is beef rib a good cut? 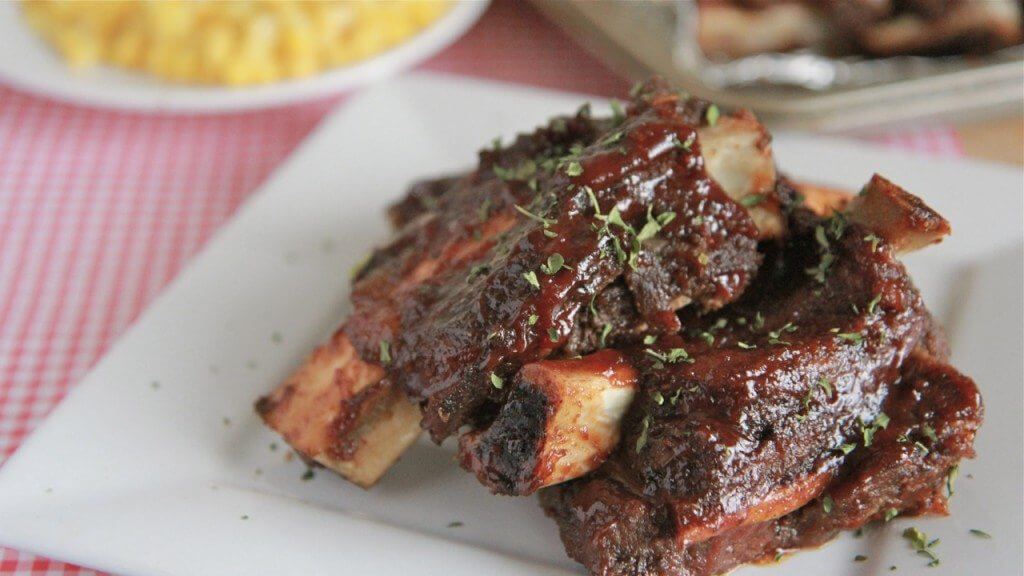 Beef ribs are one of the most flavourful cuts of meat you can buy. Though they're often overshadowed by more popular cuts, beef ribs pack a powerful punch when it comes to taste. But before you run out and buy them, there are a few things you should know about beef ribs, from their diet to how to prepare them.

The flavour of beef ribs is one of their main attractions. The meat is very flavourful, and many people enjoy it for its bold taste. Beef ribs are an excellent choice for slow-cooked meals, like braised short ribs or pulled pork barbecue.

Just like with any other cut of meat, you shouldn't avoid beef ribs because you think they'll be too tough or dry—there are plenty of ways you can prepare them to ensure they're tender and juicy! If you want to make sure your meal tastes great and has plenty of flavours, go ahead and throw on some beef ribs.

Beef ribs are a great cut for people on a low-carb diet, ketogenic diet, and paleo diet. This is because beef ribs have lower amounts of carbohydrates and plenty of protein.

Beef ribs are a fatty meat cut, which means that it's commonly cooked for long periods of time at low temperatures. This is because the fat melts slowly and keeps the beef ribs moist during cooking.

The texture of beef ribs is tough and chewy, but this makes them very flavouful when cooked properly.

When cooking beef ribs, avoid using direct heat. This can overcook the meat and make it too dry. The best way to cook beef ribs is by indirect heat.

You can also use a smoker if you have one on hand or rent one for your party (but don't burn down your house).

Beef ribs are a flavourful cut of meat, but before you buy them, make sure you're prepared to cook them. This is particularly true if you're planning on taking part in a barbecue or grilling event and want to impress everyone with your cooking skills.

Beef ribs can be prepared in a variety of ways, including smoking, braising, and dry-rubbing (seasoning).

Is beef rib the same as brisket?

Brisket and prime rib are both primal cuts that are removed from the steer during the initial step of butchering. Brisket is a harder cut of meat since it originates from the lower rib portion, whereas prime rib comes from the forequarter and is inherently soft. 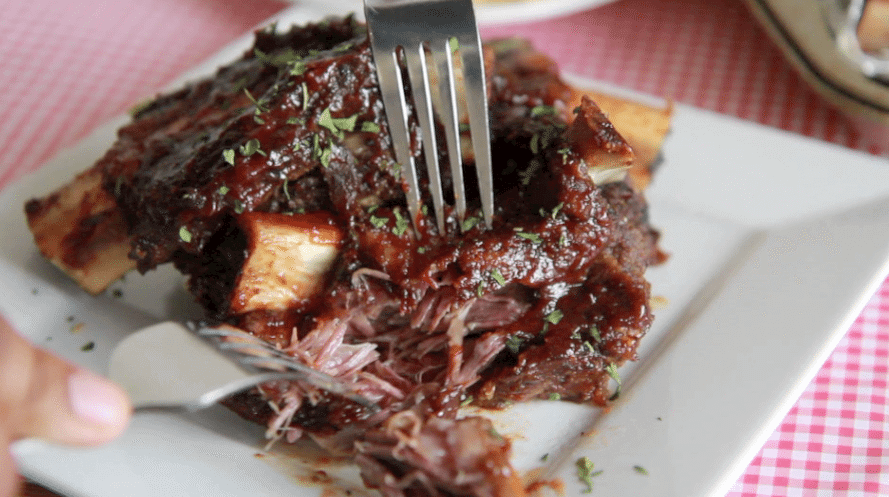 Cooking beef ribs is a complicated process. They can be tough and chewy if cooked improperly. If cooked properly, they are tender and delicious. The secret to barbecue is to cook it low and slow.

What are the different types of beef ribs?

I know you love beef ribs: Many people do! But did you know that there are actually several different types of beef ribs? It can be hard to keep them straight, but it's important to know the difference between them.

You may recognize these ribs from the supermarket. The chuck short rib is probably the easiest of all different types of beef ribs to buy from the butcher shop.

They come from under the chuck and are generally comprised of the first to fifth rib but tend to contain a fair amount of hard fat, which makes them more difficult to prepare at home than some other cuts.

Short ribs can be quite meaty, although they don't quite compare with plate short ribs when it comes down to pure deliciousness.

Aside from their size, one of the reasons these ribs are so popular is that they are flavourful. They're usually sold as single ribs, so you don't have to worry about having to eat eight pieces of meat and being left wanting.

Because there is a lot of fat and connective tissue in this meat, when it is cooked down, it has a rich, meaty flavour that is difficult to top.

There are two common ways that you can cook these plates: braising them or grilling them.

Braising them makes the best use of all that delicious fat and connective tissue in the meat by cooking them down until they are tender and falling off the bone.

Grilling them gives you a little variation—you get some smoky flavour on one side of your plate while the other side is still crispy-crunchy—but both methods yield excellent results.

These ribs are rich in marrow content, making them a great addition to stews or soups for added beef flavour. While these ribs might have less meat on them, you will still find some pretty good meat between the ribs.

Back ribs need plenty of space to cook properly over an open flame or pit, so if you have limited space at your home or campground, then these may not be right for you. If you do have ample room though, then these will definitely be worth adding to your menu rotation.

Are beef ribs and pork ribs the same thing?

When it comes to ribs, there are a few things you should know. Beef ribs are longer than pork ribs, and beef short ribs, in particular, have more meat.

Which is better, pork ribs or beef ribs?

Beef ribs are bigger and fattier than pork ribs. However, pig ribs are more versatile due to their milder flavour owing to reduced fat content. They're easier to buy in bulk, and they don't take as long to prepare.

Which tastes better, beef or pork?

Beef is highly regarded for its robust flavour, depth of flavour, and high quality. It is characterized by deep red colour. The combination of the two creates a natural richness and complexity of flavour that is associated with the highest quality beef.

Pork has a milder flavour than beef. Sweet and tart ingredients, such as apple or cherry, and flavours like garlic and sage complement the pork's flavour and are commonly paired with it. Beef has an intense, hearty flavour that stands up well to pungent flavours.

How long does it take ribs to cook on the BBQ? 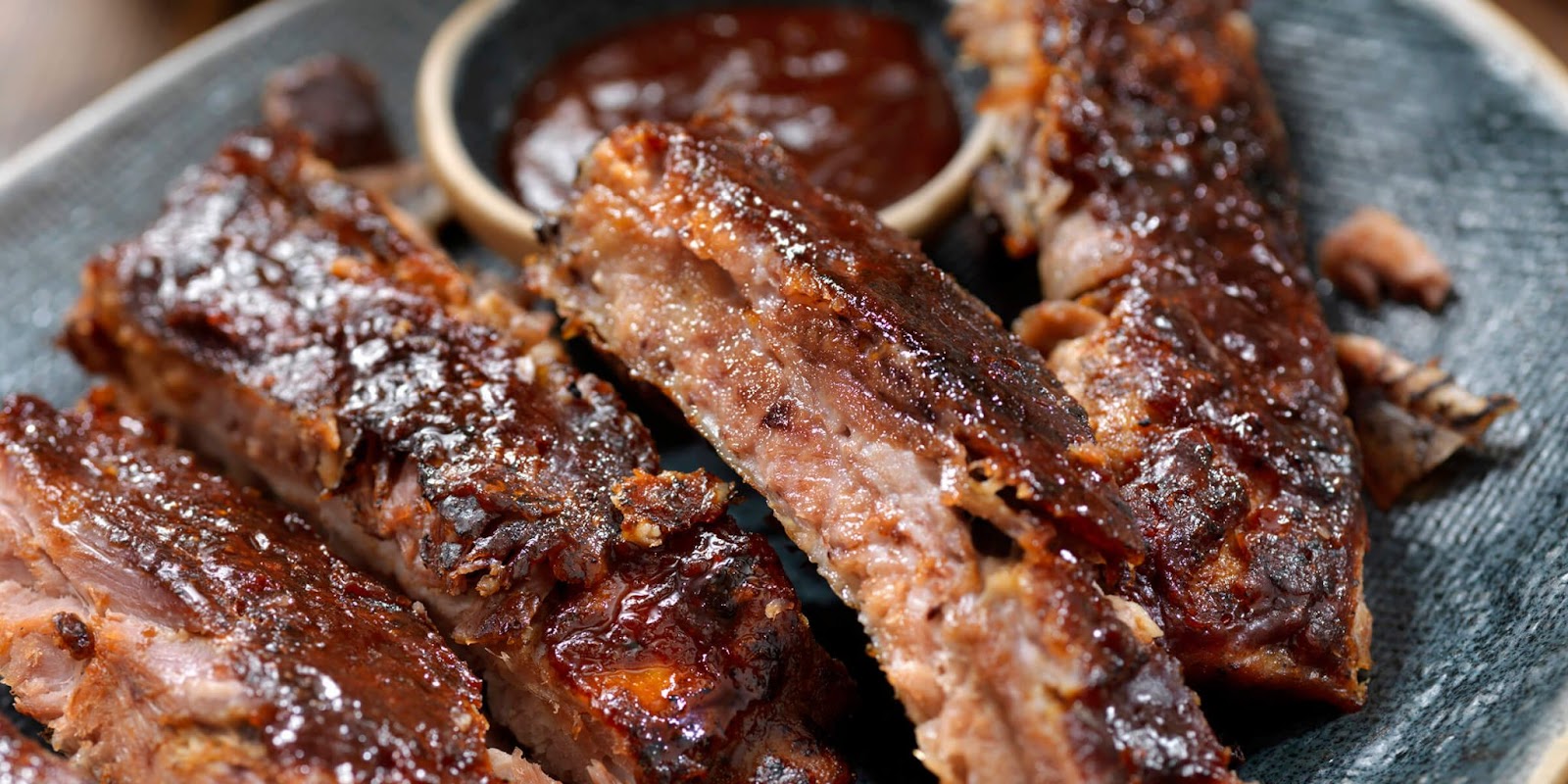 Ribs are a classic dish that can be prepared in a variety of ways. From the simple and classic to the more elaborate, the possibilities are endless. But one thing is for sure: ribs need time on the barbecue to make them delicious.

The most important thing to remember about cooking ribs is that they should not be overcooked.

A good rule of thumb is to cook them for about 1½ to 2 hours until they are done—tender and easily pierced with a fork, but not falling off the bone. The total cooking time for your ribs depends on the heat of your grill.

Should ribs be wrapped in foil when grilling? 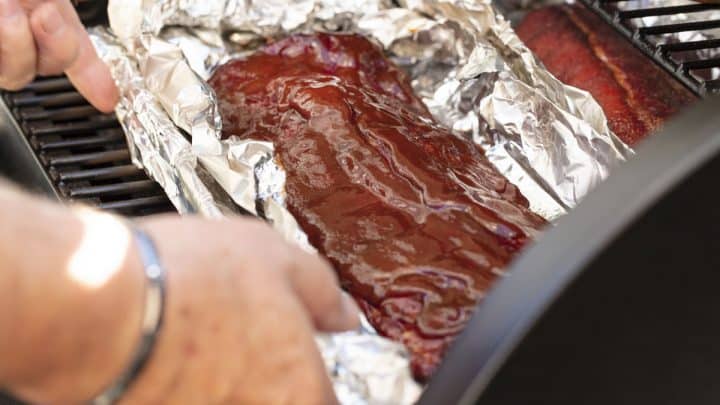 Ribs are a great example of how a piece of meat can be transformed by wrapping it in foil. When you wrap ribs in foil, they cook more quickly and absorb less smoke than when they're not wrapped. Additionally, covering them with foil helps to enhance the flavour and colour of the meat.

To cover ribs completely with foil, wrap them about halfway through cooking or when internal temperature reaches about 150-160 degrees F.

Beef ribs are very popular throughout the world among both professional and amateur grillers because of their rich flavour and tenderness.