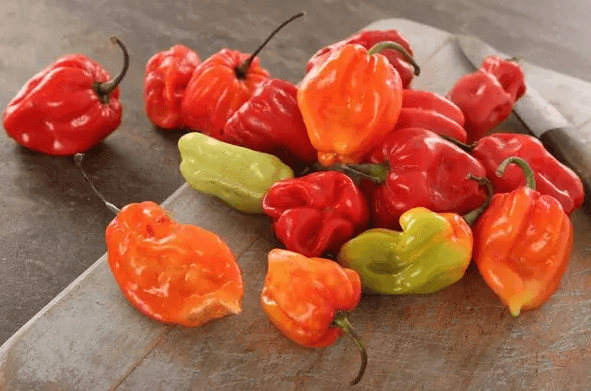 What Is Scotch Bonnet?

Scotch Bonnet is a small, flavorful chilli pepper that has been used for centuries.

It is native to the Caribbean islands, but it can be found in many other parts of the world as well. It's most commonly used in curries, salsas, and chutneys.

Scotch Bonnet is also used often in Latin American foods such as tacos, burritos and quesadillas.

What Are Scotch Bonnet Peppers Good For? 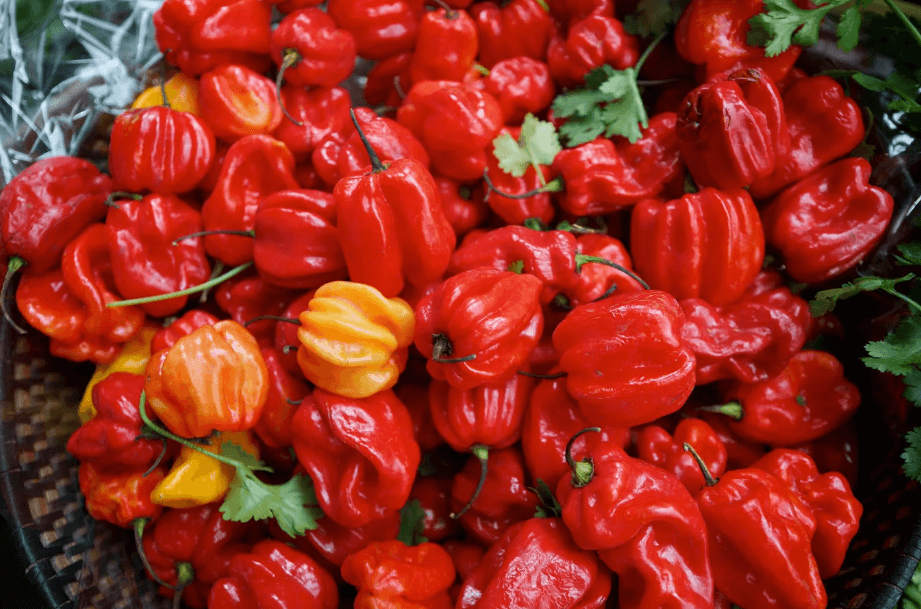 As you know, scotch bonnet peppers are a staple in Caribbean cooking and are also used in many other cuisines. They're good for a lot of things, but we'll just get right to the point:

#1: It adds a unique flavour

The Scotch bonnet pepper is a unique and delicious addition to your meals. These peppers are known for their heat, but they also have an incredibly unique flavour that allows them to be used in a wide range of dishes.

It also goes well with other ingredients such as ginger, garlic, or lemon juice.

The Scotch bonnet pepper can be used in many different ways: fresh or dried, whole or chopped up, pickled or raw.

Scotch bonnet peppers are a staple in Jamaican cuisine, and it's easy to see why.

They're great for making hot sauce but also a delicious addition to soups and stews.

The best part about Scotch bonnet peppers is that you can use them interchangeably with habaneros in recipes that call for them.

#3: You can add it to dishes to give them a kick

Just like any other pepper, you can chop up a Scotch bonnet and add it to dishes to give them a kick. This is a great way to go if you're looking for a little extra spice in your life.

Just remember: Scotch bonnets are hot! So if you're using them for cooking, be sure not to get any on your hands or lips.

#4: It can be used in marinades

These peppers taste extremely hot, making them perfect for marinades and sauces. They are often used in Jamaican jerk seasoning because they add a lot of heat to the dish.

If you have ever eaten a Scotch bonnet pepper, then you know just how much flavour they have. They are not the hottest peppers in the world, but they can still pack a punch when added to the suitable dish.

Is Scotch Bonnet The Hottest Chilli? 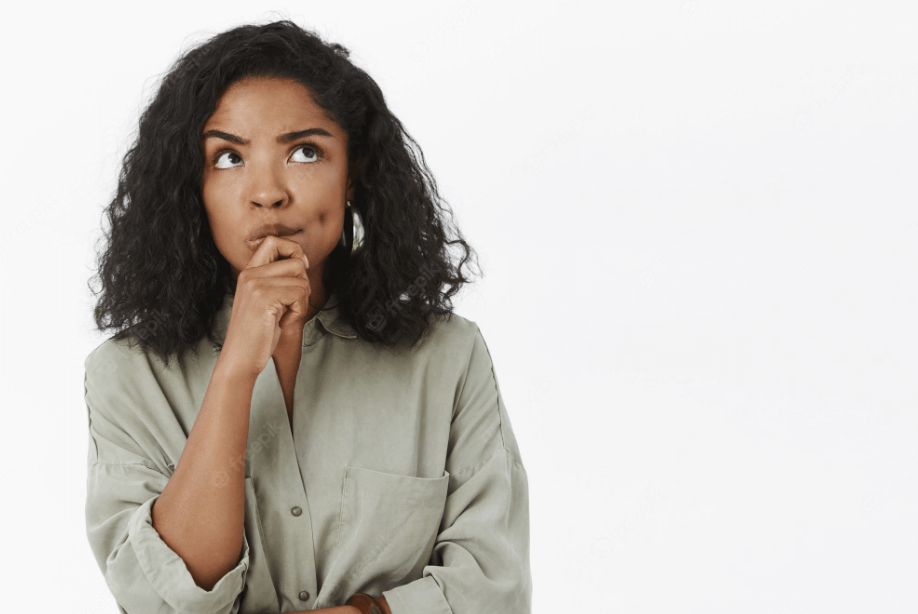 It's a question that has been asked by many. Who knows, maybe you're one of those people. The answer is: it depends on who you ask.

A lot of people think that Scotch bonnet is the hottest chilli in the world, but if you ask any other person, they'll probably say something different. And that's because there are so many kinds of chillies out there!

But is that really the hottest? Let's take a look at some other varieties of chilli that might give the scotch bonnet a run for its money.

The Trinidad Moruga Scorpion is one of the hottest peppers in the world, reaching a scorching 2,009,231 Scovilles (peak). Many hot peppers are named after the location they originated from—this pepper came from Moruga, Trinidad.

Is eating Scotch bonnet good for you?

Scotch bonnet peppers are loaded with vitamin A and C, iron, B vitamins, carotenoids, flavonoids and magnesium. The roots of the pepper tree are also known to help with asthma.

Is Scotch bonnet hotter than jalapeño?

Your typical jalapeño pepper is a wimp compared to the Scotch bonnet, which can be up to 40 times hotter.

How To Make The Best Scotch Bonnet Hot Sauce

Scotch Bonnet Hot Sauce is a staple in Jamaican cooking. It's used to give jerk chicken, curries and other dishes a spicy kick. You can make your own scotch bonnet hot sauce at home, but it requires some unique ingredients.

This post will outline the steps you need to take to make the best scotch bonnet hot sauce possible.

Add water, and simmer for 20 minutes, or until ingredients are tender. Stir often. Remove from heat, and wait for your creation to cool to room temp.

Puree the mixture in a blender, then pour in vinegar and sugar. Whip until mixed. Keep refrigerated.

How To Store Scotch Bonnet 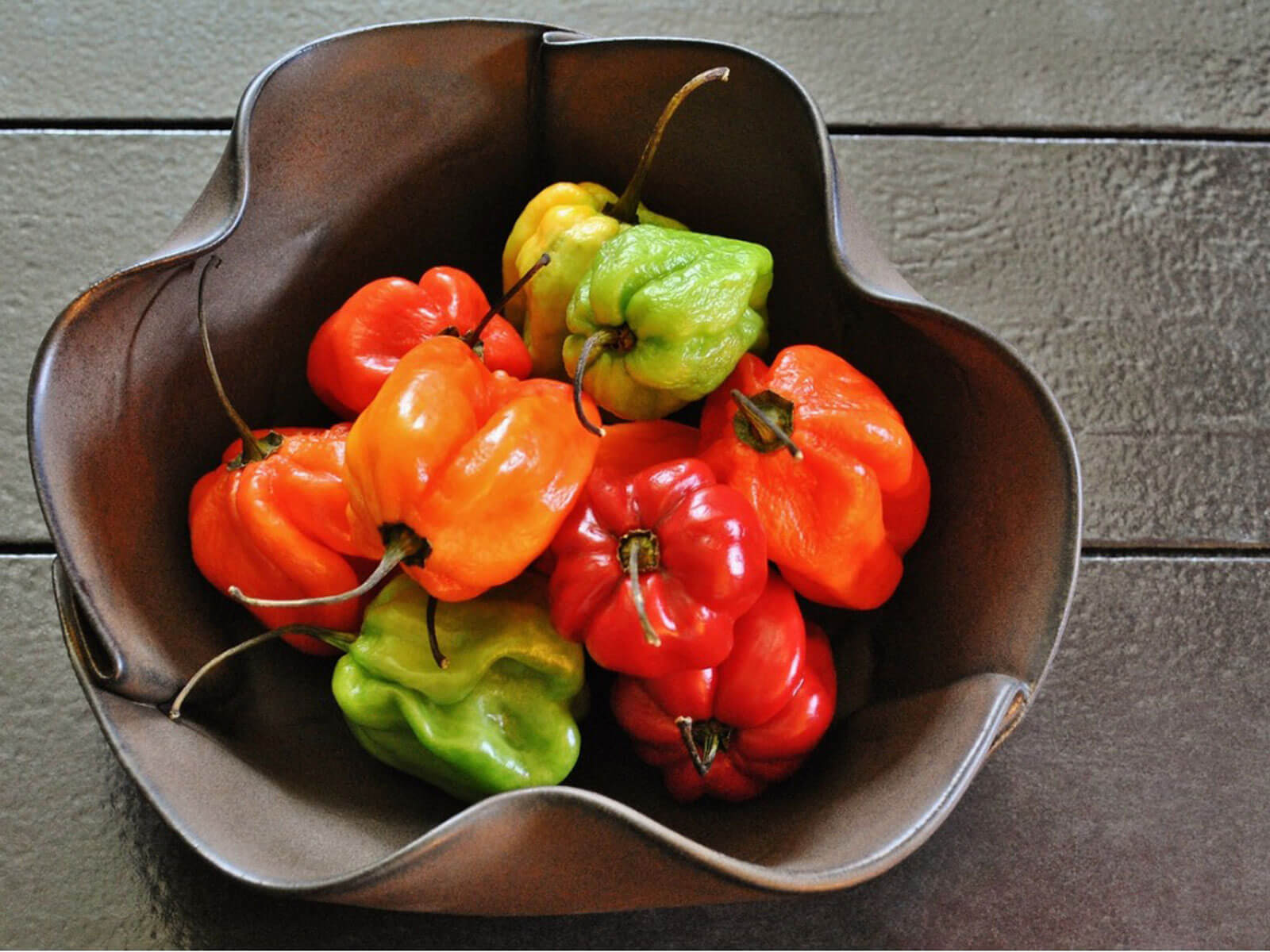 To keep your Scotch bonnets fresh for a few weeks, put them in a zip-top bag and pop them in the fridge. If you need to keep them for several months, you can always freeze them. 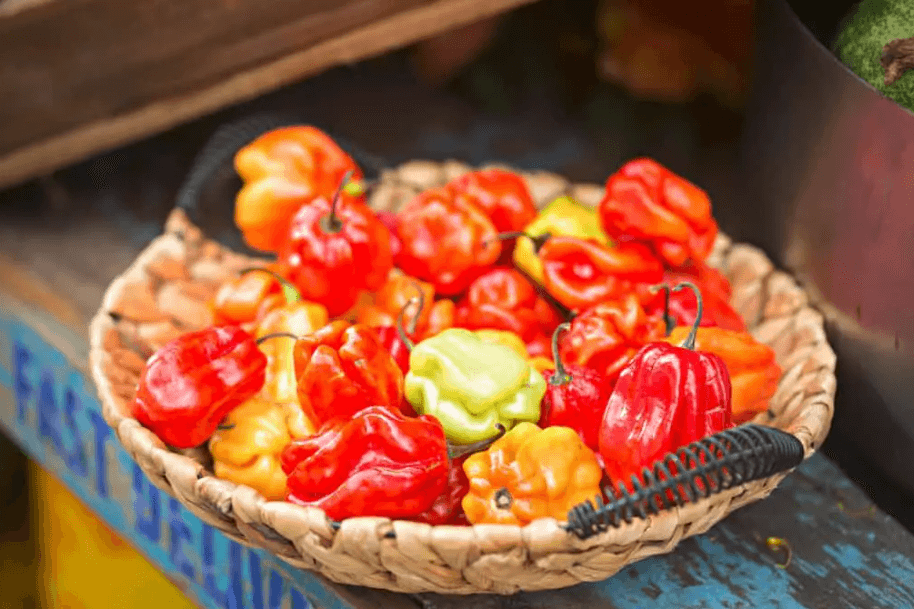 When it comes to hot peppers, there's a lot of debate about the most potent. But one thing's for sure: scotch bonnets are at the top part of the list.

So what makes this pepper so unique? Here are seven benefits of scotch bonnet pepper:

#1: It is a very good source of vitamin C

Vitamin C is important for maintaining good health and helps reduce the risk of cardiovascular disease and stroke by improving the absorption of iron in the body.

#2: It reduces the risk of heart disease

The scotch bonnet pepper has long been used to help reduce the risk of heart disease. The reason for this is that it has a high amount of capsaicin, which is a chemical that helps to reduce inflammation and pain. It also helps to regulate blood pressure and increase HDL cholesterol.

#3: It is an immune system booster

Scotch bonnet peppers are an immune system booster. As you know, they contain capsaicin, which stimulates the body's production of white blood cells, increasing your body's ability to fight off disease and illness.

The capsaicinoids found in scotch bonnet peppers have been shown to have anti-cancer properties. Studies show that these substances are effective at protecting against prostate cancer, colon cancer, breast cancer, and more. This makes them great for preventing cancer development or even slowing down existing cancers as they grow within your body.

It's no secret that the best way to lose weight is by eating healthy and exercising regularly. But if you're looking for an extra boost, scotch bonnet peppers can help!

#7: It may help treat arthritis

Arthritis is an inflammation of the joints that causes stiffness, pain and reduced mobility.

The capsaicin in Scotch bonnet peppers is the same compound that gives hot peppers their heat. It has been shown to reduce inflammation and pain, which can be helpful for those who suffer from arthritis.

However, more research needs to be done on this topic before doctors can recommend it as a treatment.

Where Can I Buy Scotch Bonnet Peppers Near Me?

Scotch Bonnet is a legitimate herb and a good source of vitamins in one's diet. It helps to kill dangerous germs in the body, and its vitamin content helps to support the internal system.